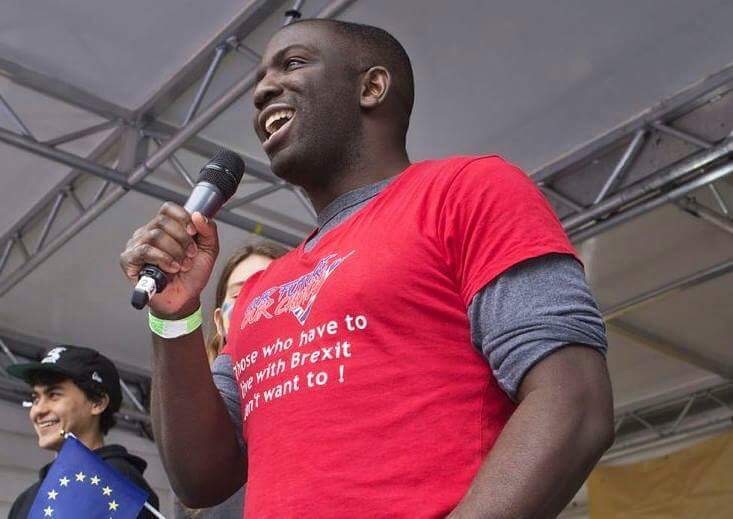 This is the first in a series of exclusive Bremain in Spain interviews with leading Remain activists, starting with Femi from Our Future Our Choice. Bremain members were asked to submit questions and here are the answers you’ve been waiting for! Firstly, a little bit of background about Femi:

Femi Oluwole is the co-founder of ‘Our Future, Our Choice’, a campaign organisation formed and run by young adults who firmly believe that the best future for the United Kingdom lies within the EU.

Femi was born in Darlington and is 28 years old. He grew up mainly in Worcestershire, but has also lived in Dundee, Birmingham, among other places. He studied Law at the University of Nottingham, and his parents are Nigerian doctors.

He says that the best year of his life was the year he took part in Erasmus, which allowed him to experience life in Brest, France.

After graduating, Femi spent a ski season working in a hotel in France and has also undertaken three EU Affairs internships in Brussels as well as one in Vienna – specialising in Human Rights. He says that he quit the best of his internships to come back to the UK in order to #StopBrexit.

Caroline Guerrero: “You go out on the streets and speak to a lot of people regarding Brexit. What is the strangest encounter you have ever had”?

Femi: “Oh there are so many. I met a Leave voter who’s still staunchly anti-EU but thinks that given the tiny majority, the vote should have been disregarded. I recently met someone who said “I’m British, not European, because if you’re European, you could be a terrorist.” When I was campaigning before the 2016 referendum I met someone who told me that if we didn’t leave the EU, Sharia Law would completely take over the British courts.”

Lindsay Burrell: “How can we engage with 18-30 voters using a medium that they will both access and respond to?”

Femi: “Show your relatives clips of things OFOC have done so that young people can see that they’re both capable of and entitled to challenge what’s happening. Then tell them that they can help by sending us anything creative, videos they can come up with, that tell their MPs a very simple message: ‘F*** Brexit. You’ll never get my vote if you don’t give us one.'”

Sian Shaw: “How can we encourage apathetic Brits to be far more proactive in fighting Brexit and in understanding the very real threat to democracy in the EU Withdrawal Bill?”

Femi: “Point out that Brexit voters aren’t happy with what they’re getting. Tell them that Brexit voters who were promised a better deal that makes us more sovereign are furious that the only deal we seem to be able to get is one that not only leaves us at a competitive disadvantage against EU companies in the Single Market but also leaves us following rules over which we’ll no longer have a say. Tell them that if both Remainers and Brexiters are disgusted with Brexit, Parliament needs to know that, or all our futures are screwed. Especially young people.” 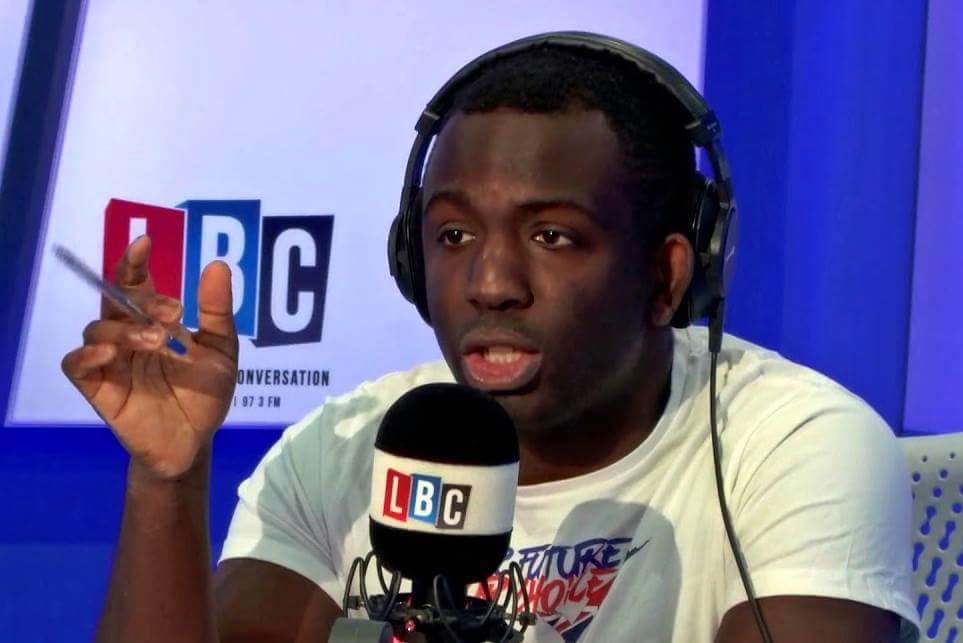 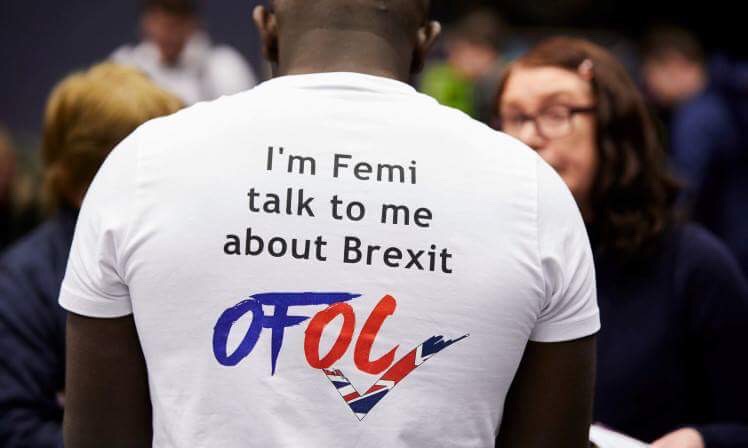 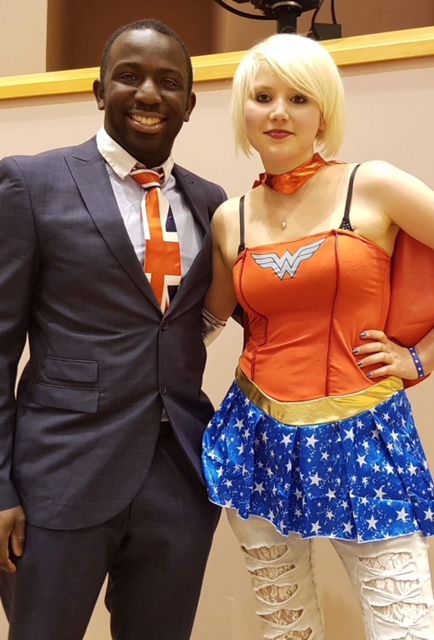 Sandra Stretton: “Once Brexit is cancelled, do you intend to pursue a career in politics, and – if so – in what capacity?”

Femi: “When the referendum happened, my plan was to work in EU Human Rights for a year, which is where my passion lies, and then come home to stop Brexit, and failing that keep the UK from swinging too far to the right. Theresa May’s plans to scrap the Human Rights Act are a major red flag for me. Brexit or no Brexit, that’s still something I’ll focus on, but addressing the concerns of people that led to the Brexit vote will be the first objective. That means rebalancing the country in favour of the North by pushing the government to invest in northern infrastructure and create incentives for businesses that employ in the North. If I run as an MP it will almost certainly be as an independent. Everyone except the Greens seems to be tarnished with the “establishment” brush.”

Valerie Chaplin: “What would you say to members of the younger generation who have moved to another EU country, feel abandoned by the UK, and risk the loss of their freedom of movement and EU citizenship?”

Femi: “If you’re a Brit abroad, make your vote count. Do absolutely everything you can to send the message that Brexit will not be tolerated. Talk to your MPs from your home town. Let them know that supporting Brexit now will cost them future elections. Know that you’re not alone. Spread the message to them and to everyone you know back home that “No Deal” would be a fundamental betrayal of Brits such as yourself.” 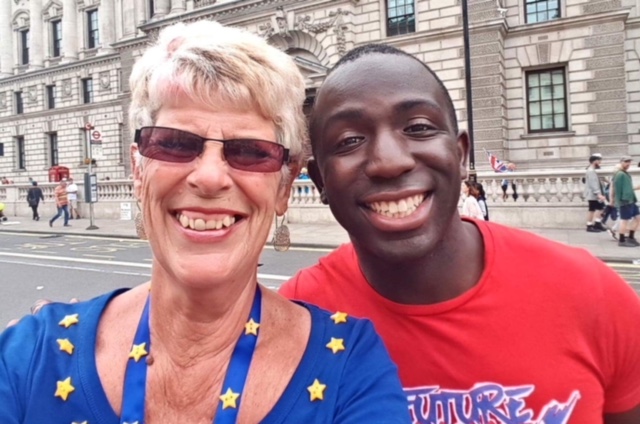 Alison Curtis: “Has the treatment of the Windrush generation, in illustrating the UK government’s unreliability and poor treatment of citizens, made the exit agreement more difficult?”

Femi: “The government’s treatment of the Windrush generations (incl. descendants) means that whatever willingness there was on the part of the EU negotiators to trust that the UK will act in good faith in its treatment of EU27 citizens has vanished. They will definitely require that the strictest of safeguards be put in place to avoid any such “mishaps” with their own citizens. This scandal also sends a strong and frightening message to EU27 citizens living here that their futures aren’t secure. Given how much the NHS relies on EU doctors, that message is bad for our health.”

Phil Walsh: “What, in your experience, do young people fear most should Brexit actually happen?”

Femi: “For us it’s racism and just the country just getting poorer. We see the world as our friend because we’ve been more connected to every part of it than any generation before us. So, the notion that close ties to Europe are a bad thing just seems completely alien to us. We know that most Brexit voters aren’t racist, but we know several of the big voices driving it are. Letting them direct the country is unacceptable to us. As for our economic futures, we trust experts. We’re more academic than any generation before us. So, when we see that 9 out of 10 economists say Brexit would permanently harm the country, we listen.”

The next Bremainers Ask…. feature will be with Steven Bray from SODEM. 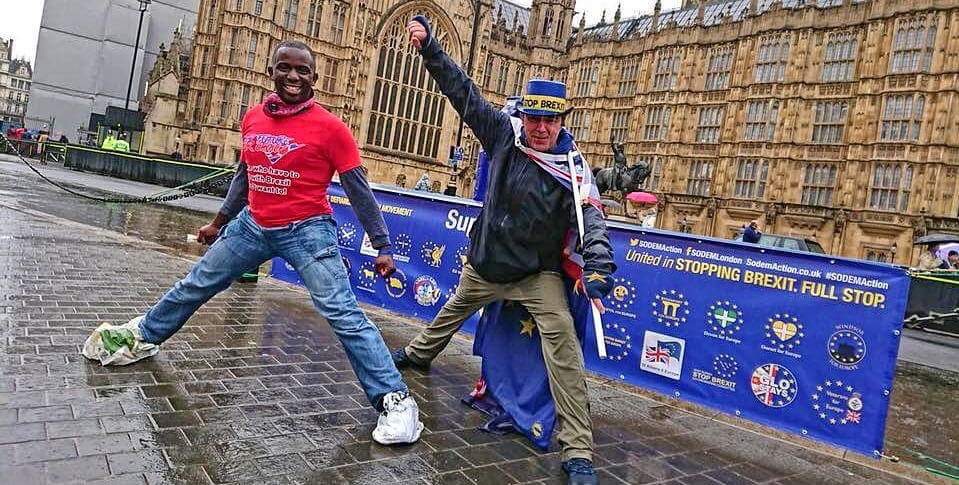