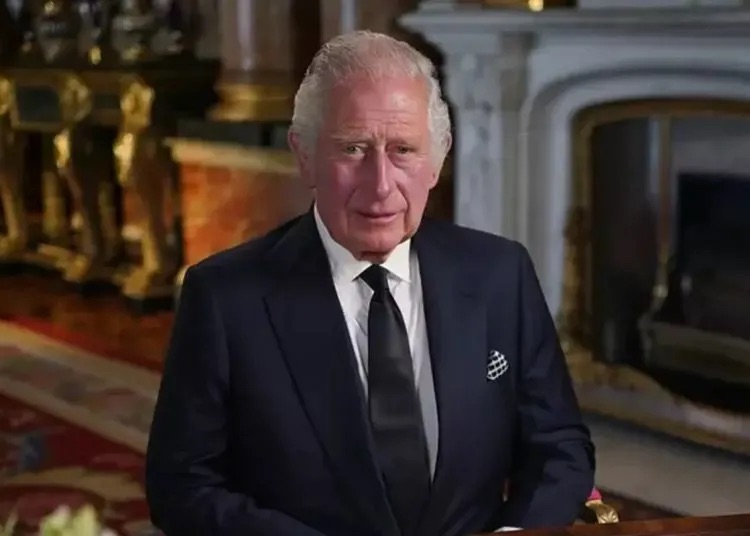 On Friday, King Charles III gave his first speech to a nation in mourning – what did this tell us about the king he plans to be? Sue Wilson MBE, Bremain Chair writes for Yorkshire bylines.

The day after the death of his mother, Queen Elizabeth, on Thursday 8 September, Prince Charles became the oldest heir, at 73, to ever accede to the throne. From St Paul’s Cathedral, King Charles III gave his first speech to a nation in mourning. The speech was warmly received and described as “remarkably personal” (The Telegraph) and full of “heartfelt tributes” to his mother (The Times).

But what did the new king have to say about how he might handle his new responsibilities and what his priorities would be?

The speech contained affectionate praise and respect for his mother’s long service and a promise to renew that dedication to the nation personally. King Charles spoke of the Queen’s “profound personal commitment” to the Commonwealth – a commitment he clearly shares.

“As The Queen herself did with such unswerving devotion, I too now solemnly pledge myself, throughout the remaining time God grants me, to uphold the Constitutional principles at the heart of our nation.”

The most politically interesting passage in King Charles' speech yesterday was that he expected William to follow his lead to "inspire and lead our national conversations, helping to bring the marginal to the centre ground where vital help can be given".https://t.co/6SVYE3K9Lh

In what was described by chief political commentator (The i), Paul Waugh, as the “most politically interesting passage” of the speech, Charles referenced how he anticipated his son Prince William would follow his lead. Charles expects William – who succeeds him as the Prince of Wales and the Duke of Cornwall – to “inspire and lead our national conversations, helping to bring the marginal to the centre ground where vital help can be given”. A reference, perhaps, to the increasing gap between the rich and poor in our society, and to the cost-of-living crisis; or indeed to the many sections of society who feel excluded.

Charles spoke of an ethnically diverse nation of many religions and beliefs and how the institutions of state had changed over the last 70 years. His upbringing, he said, had taught him to have the “greatest respect” for the “precious traditions, freedoms and responsibilities of our unique history and our system of parliamentary government”. He also expressed his “deeply routed” faith in the Church of England and the “values it inspires”.

Regardless of where you live in the United Kingdom, or in British realms or territories, and irrespective of your background or beliefs, Charles promised to serve all equally with “loyalty, respect and love”.

“In the course of the last 70 years we have seen our society become one of many cultures and many faiths. The institutions of the state have changed in turn. But, through all changes and challenges, our nation and the wider family of realms – of whose talents, traditions and achievements I am so inexpressibly proud – have prospered and flourished. Our values have remained, and must remain, constant.”

The implications of new responsibilities

In the past, the former Prince Charles sometimes caused controversy supporting causes close to his own heart – causes such as architecture, interfaith dialogue, the environment, and alternative medicine. In total, he previously supported at least 19 causes and 17 charities and foundations, including the Prince’s Trust, Red Cross, Children in Crisis and the National Wildlife Federation.

He acknowledged in his speech that with his new responsibilities, he would no longer have the time or the energy to dedicate to these causes. Of the many that Charles has supported, climate change has been at the forefront. He now passes the baton to the “trusted hands of others”, and in the case of the environment, this is something his son William has already taken up.

“My life will of course change as I take up my new responsibilities. It will no longer be possible for me to give so much of my time and energies to the charities and issues for which I care so deeply. But I know this important work will go on in the trusted hands of others.”

A reminder of the views of our King.

"The source said: “[Charles] said he was more than disappointed at the policy. He said he thinks government’s whole approach is appalling. It was clear he was not impressed with the government’s direction of travel.”https://t.co/WXuEwIwFae

Apart from having less time for important causes, Charles will also have to rein in any personal comments regarding government policy. His recent remarks regarding the Rwanda immigration scheme were considered outspoken and misplaced by some, even as the son of the monarch. As King Charles, he will no longer be in a position to make such direct criticisms of government policy, much as he might wish to at times.

Apart from his affectionate, loving and “heartfelt” comments about his “beloved mother”, Charles also took the opportunity to express his love, affection and respect for his wife and children. He concluded his speech with the recognition of the “loyal public service” given to him by Camilla, during their 17 years of marriage. He fully expects, he said, that she will bring the same “steadfast devotion to duty” to her new role as Queen Consort.

The new Prince and Princess of Wales were also praised, and Charles gave a special mention to his younger son Harry and wife Meghan, expressing his love as they “build their lives overseas”.

The speech ended with thanks to the nation for their condolences and support and with the mention of laying his mother to rest in a week’s time.

“We will come together as a nation, as a Commonwealth and indeed as a global community. In our sorrow, let us remember and draw strength from the light of her example.”

In a week that has seen a new prime minister and a new monarch, it is difficult to predict what difference these significant changes will make. Our divided country is facing many serious problems. For many, the Queen was the glue that held us together and that crossed divides between rich and poor, left and right, and across political boundaries. For anyone under 70, she was the only monarch they have ever known – a symbol of stability and continuity when our political landscape is anything but.

For those of a more republican persuasion, perhaps this is the time to start a conversation about the future of the monarchy. For monarchists, it is an unsettling time of immense sadness and of wondering what the future will hold. King Charles III’s role as head of the nation must be to speak for the whole country, republicans and monarchists, rich and poor, left and right, alike. It won’t be an easy task, but it is one he has been preparing for his whole life.

This is the end of an era and the start of a new one. A reminder that in this modern, global world, we cannot live in the past, nor should we wish to. We have reached that turning point that we have been anticipating for years. King Charles III, and the nation, must grab this moment in time with both hands and take the country forward.

“The Queen is dead. Long live the King.”