The fear of immigrant crime: confronting our own bias and media representation 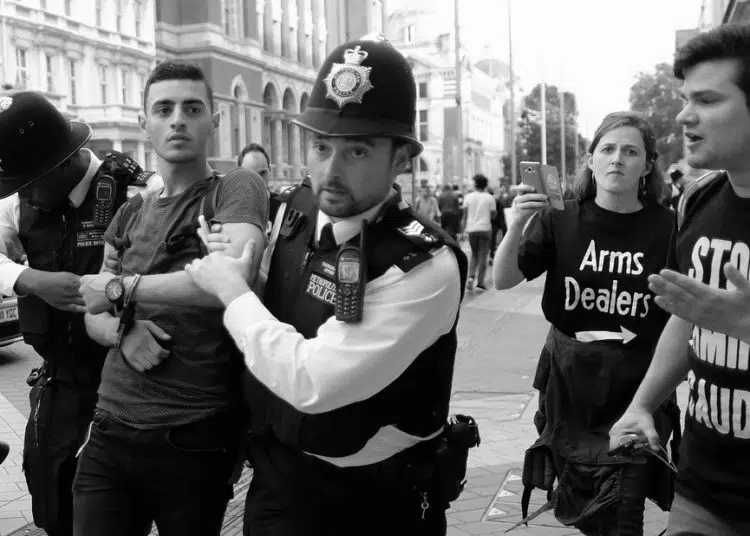 Bremain Vice Chair Lisa Burton writes for Yorkshire Bylines on the need to confront our worst instincts in tackling racism, particularly in regards to immigration and crime. She gives examples from football coaches to the Church of England and Catholic Church, to show that many still escape the consequences of their actions, while migrants are scapegoated and ostracised.

This week, the Home Office released a report on child sexual exploitation. The media headlines that came from the report in the media were broadly “Most child sexual abuse gangs made up of white men”.

To some, particularly those who deal with and work in the area of child exploitation and sexual violence, this will not be a surprise. To many, however, it will be, because of a fundamental issue in our society: that crimes committed by migrants and people who are black, Asian or minority ethnic (BAME), get far more attention than crimes committed by white nationals. Indeed, Research suggests that people tend to overestimate the relationship between immigration and criminality due to the tendency of the media to wrongly depict immigrants as particularly crime-prone.

From an evolutionary basis, humans are programmed to be fearful of strangers. In early times, humans outside the family group were likely to be a raiding party, coming to steal from us or do us harm. Culturally, we love stories about dangerous strangers and serial killers, fact or fiction. ‘Fear of foreigners might well be the most intractable of all human prejudices because it is so tightly linked to survival and natural selection,’ but modern society has moved on. Nowadays it is your friends and your family that pose the most risk to your life.

These deep evolutionary instincts are easy to tap into, and this helps explain why throughout history, migrants and minorities have been an easy target for stigmatisation and scapegoating. Both then and now, they have been used as political weapons, to entice fear and to drive changes in political policy. Historically, this method has been used as a catalyst to introduce more authoritarian policies and erode human rights – an erosion that end up being to the detriment of all citizens, not just minorities and migrants. 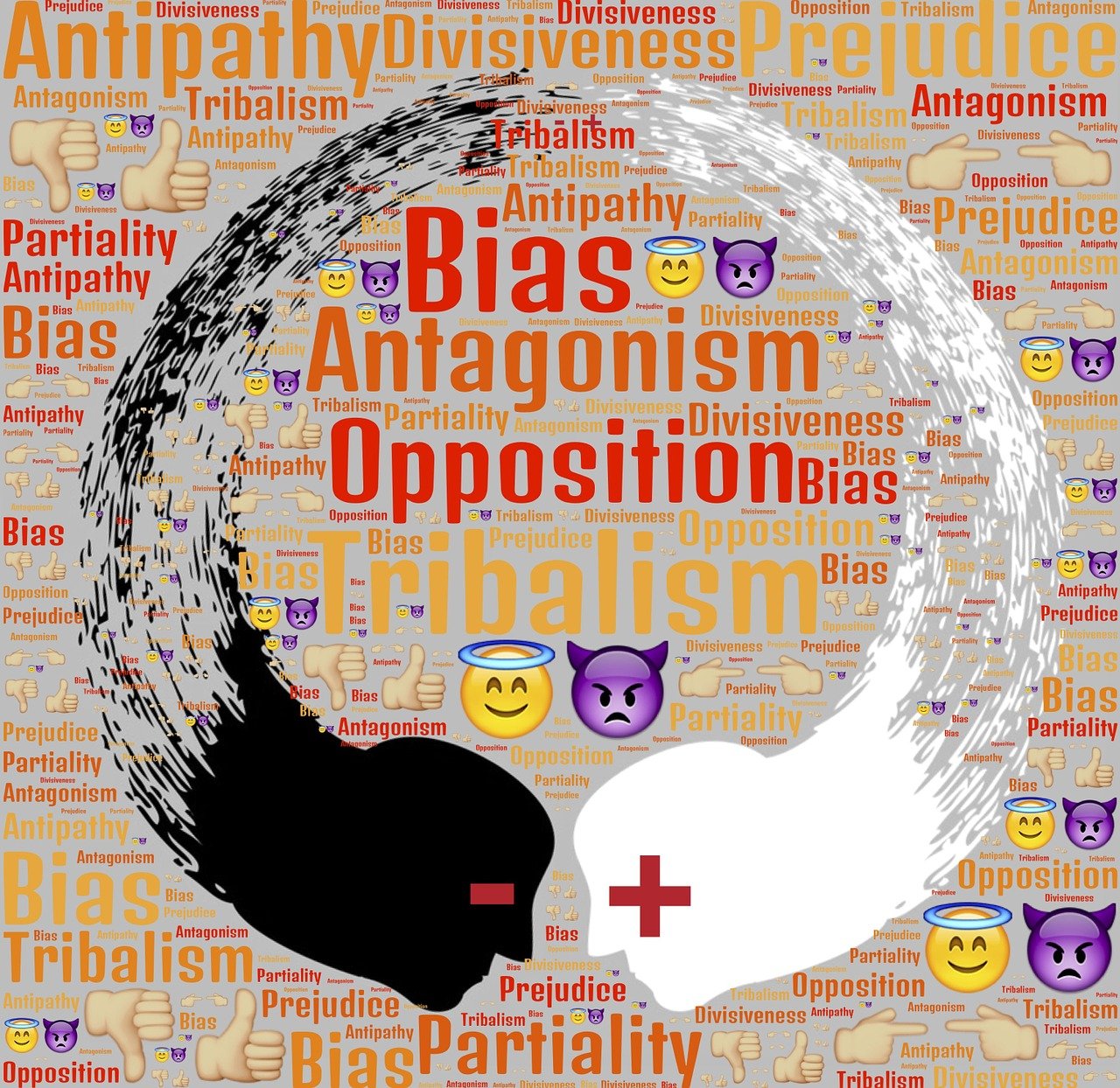 Initially coming to light in Rochdale, a case that gathered much attention and coverage was that of the so-called ‘Asian grooming gangs’. Greater Manchester Police’s Operation Lytton investigation exposed the nature of these gangs. Hundreds of young girls had been groomed and sexually exploited over a period of many years. It became apparent that these men were mainly from Asian backgrounds, Pakistani in particular, and there were similar networks across the country including in Rotherham, Bradford and Huddersfield. There has been visceral rage around these crimes from the public and particularly from far-right groups.

Most of the men were British Pakistani so not immigrants, however the racial element meant the ‘them and us’ narrative was very much evident. The perception was that the girls’ plight was ignored because the authorities didn’t want to be deemed racist. When you look at the case in more detail, it turns out this was certainly not the full reason. The victims often came from dysfunctional homes, were at the bottom of the socio-economic ladder, and were let down by many in their communities, including the police.

If they were from a different social class, attended private schools, and had ‘good’ families, do we genuinely believe the police would not have investigated because they were worried about racial tensions? Let us remember, it was two women who tried to bring light to the case in Rochdale: a social worker Sara Rowbotham and police detective Maggie Oliver. Their concerns were originally dismissed by their mainly male superiors. It wasn’t just the abusers who thought these girls were worthless or a lost cause, some of those meant to protect them did too.

In mid-November 2016, a child sexual abuse scandal involving the abuse of young players at football clubs in the United Kingdom started coming to light. The revelations began when former professional footballers waived their rights to anonymity and talked publicly about being abused by former coaches and scouts in the 70s, 80s and 90s. Within a month of the initial reporting, the Football Association, the Scottish Football Association, and several football clubs were being investigated by 20 UK police forces.

As this unfolded, just as the grooming gang scandal did, the scale became apparent. Operation Hydrant identified 300 suspects and 849 alleged victims, with 2,807 incidents involving 340 different clubs. Amongst the professional clubs, an incredible 23 percent of them were home to abusers. Hundreds of boys’ lives were ruined – all now men of course. Many have reported ongoing drug and alcohol-related issues and still struggle with their abuse. 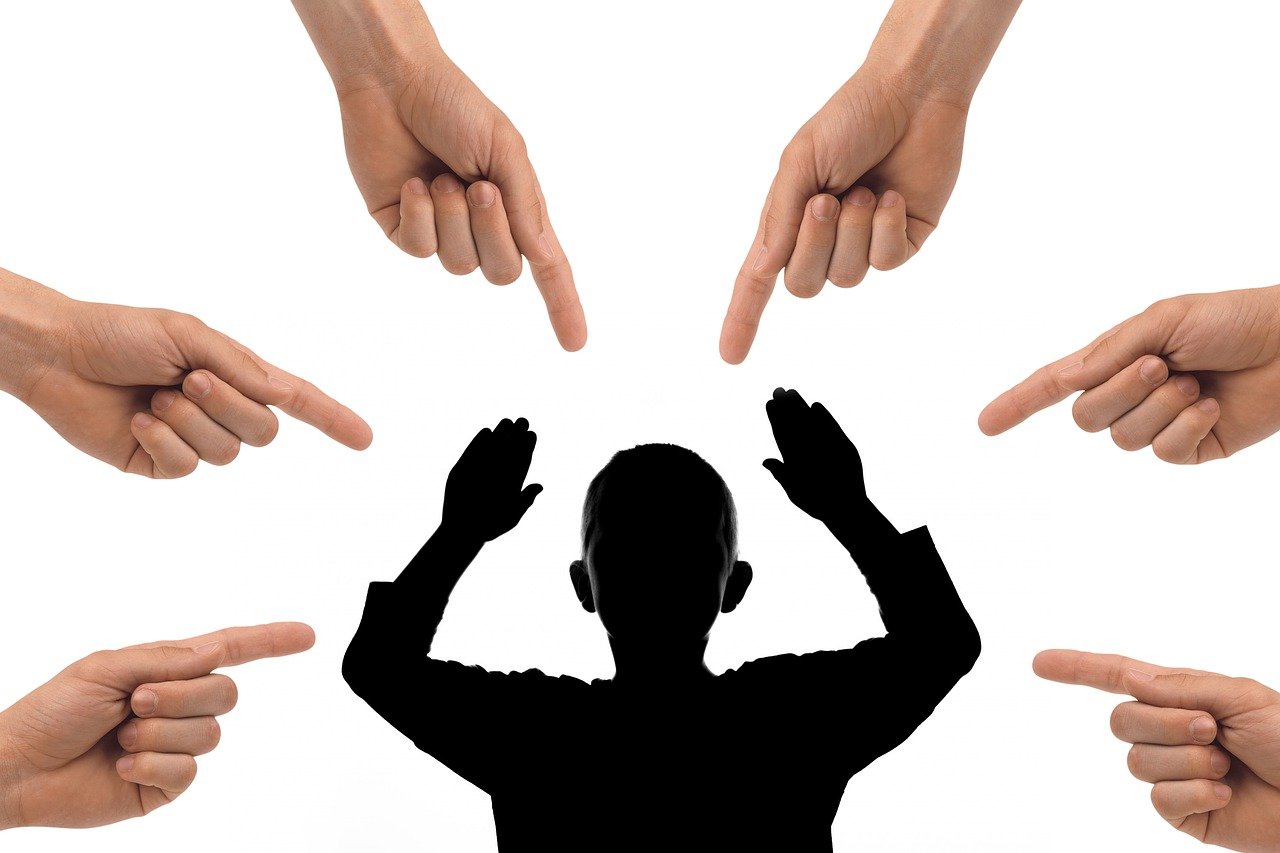 The individual stories are harrowing, even involving trafficking, as with the case of Malcolm Rodger: “He took me to Spain for an international football tournament and abused me constantly for ten days … At that, he introduced me to Barry Bennell for a second time and basically stood and watched guard as Bennell abused me”.

The extent of the abuse was shocking, yet notably this abuse case failed to get the attention of the so-called Democratic Football Lads Alliance (DFLA) and Tommy Robinson (Stephen Yaxley-Lennon), who were so vocal in their ‘campaigning’ for justice for the victims of the Asian grooming gangs.

The public is certainly aware of this. So we must ask ourselves, why do we not see the same reaction and outrage in other abuse cases?

While the extent of the football abuse may have passed some by, due to the way it was reported, what about the abuse scandals of both the Catholic Church and the Church of England?

The Church of England recently agreed to a compensation scheme for victims of sexual abuse. In 2017 alone, the Church dealt with 3,287 incidents relating to current and past abuse of children and vulnerable adults, including some allegations of serious criminal offences. The findings of an independent enquiry into abuse by the Anglican Church found that it allowed abusers to hide, in an attempt to defend its own reputation rather than protect young people. This is just another case of a predominantly male-dominated organisation hiding and covering up abuse to protect its own.

There are very few who are not aware of the sexual abuse that has perpetuated for decades within the Catholic Church, from all corners of the world. It is well reported, yet the media and public do not pick up on it as they do when sex crimes are committed by migrants or BAME persons. The Independent Inquiry Child Sexual Abuse (IICSA) report into the Catholic Church, found that the Church had also moved abusive priests and monks to different parishes, where some continued to prey on children, resisting any external intervention.

The Catholic Church has paid out billions in compensation to victims of abuse, yet we do not see the same reactions or coverage of this form of exploitation as we do when Asian offenders are involved. Let us consider for a moment what would happen if a story of this scale came out about sexual abuse by Imams in mosques. We can be assured that the coverage and probably reaction would be very different.

We all hold subconscious biases, and are influenced by what we absorb and see around us. To be an advocate and campaigner against abuse and sexual exploitation is, of course, a worthy cause. But if, as a society, we are willing to only give focus on one group, then what are we saying? Is it ok for a white national to commit a crime, but not a person of colour?

You only have to look at the likes of Tommy Robinson and his supporters. These people are not concerned for the victims; they are angry because the crimes were committed by non-whites. By focusing attentions and anger in this way, they skew our beliefs and create a narrative that is divisive and destructive to social cohesion. As individuals, we need to challenge our own feelings, be aware of where we are getting our news from and support all victims equally.

It’s now time to grow up as a society, face our own individual and societal biases, and dispel the notion that having dark skin or being from another country is a prerequisite for criminal behaviour.