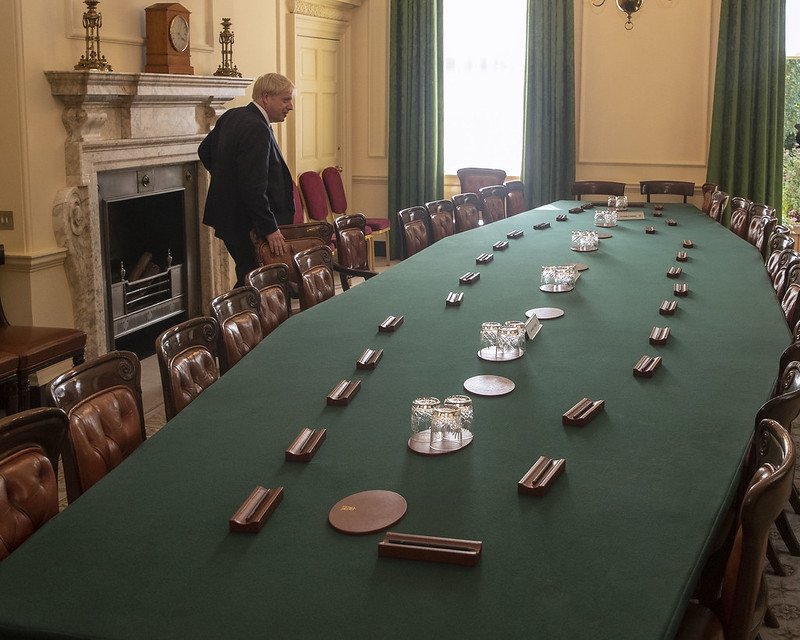 Sue Wilson follows up on her last open letter to the Prime minister – you can read her first one here.

I hope you don’t mind me calling you Boris, but I feel we’re old friends now, even if you haven’t yet replied to my earlier letter.

I appreciate how busy you must be. As if it wasn’t a full-time job running the country, dealing with covid and negotiating Brexit. On top of all that, keeping those rowdy backbenchers in order must take a toll too. You just can’t get the staff these days! Perhaps there’s a Tory donor or friend of a cabinet minister that could give you some pointers on leadership skills for an exorbitant consulting fee.

When I last wrote in October, you had just announced that the country should prepare for a no-deal Brexit. Sorry to burst your balloon but I’m afraid, even now, there are very few people in the country that believe you really want no deal, and fewer still in the EU. Of course, we could all be wrong. You could actually be more stupid and dangerous than we all thought. Not me though. I tell everyone not to worry – and I know you won’t mind me saying this – but you are far too lazy for that, LOL!

I confess to being a bit disappointed though. I was hoping to be able to say by now “well done – look how far we’ve come”, but to even the casual observer, nothing much seems to have changed. Even the media can’t be bothered with any new on-again, off-again Brexit headlines. We’re just stuck in a Groundhog Day loop of endless recycling of pessimism and optimism – mostly pessimism, it has to be said. Despite several negotiating deadlines passing, and your assurances that your negotiators are working 25 hours a day, 8 days a week (I exaggerate slightly), it would appear that a deal is no closer. But not to worry, it’s not like there’s a clock ticking or anything.

I’d like to say we appreciate your efforts to always put a positive spin on developments, but that would be a porky pie. You’ll probably find this hard to fathom, but most of the country actually likes to hear straight-talking from their politicians, especially their prime minister. Even if it’s bad news, we prefer to know the truth. That might be a bit of intel you could also pass on to Matt Hancock and the cabinet. I’d write to him myself, but I really can’t be bothered.

On a more positive note, it was lovely to see you back in front of the cameras to announce that the UK will be world beating on delivery of the first vaccine. Not on the development of the vaccine, or the production – those pesky foreigners beat the UK to it – but sticking in the first needle is good too! As soon as I heard the news, I told my friend, “Just wait, that lovely Boris will be on the telly any minute now!” I just knew that you wouldn’t be able to resist the opportunity to share the good news! (To be honest, I didn’t say “lovely” or “Boris”, but my friend agreed with me just the same).

Despite your failure to save many unnecessary deaths during the Covid crisis, or to successfully negotiate even a bad Brexit deal, I do want to end my letter with my thanks. Thank you for getting rid of the twit in the hat, and for congratulating President-elect Joe Biden on his defeat of your old pal. I hope Biden will ignore all the rumours about you being untrustworthy and give you his full support.

I also want to congratulate you on still being prime minister. I wasn’t sure that you would last this long when I last wrote, but I stand corrected. I’m very happy about this, as I really think that the Brexit to come – whether a hard deal or no deal – should have your name all over it. You deserve nothing less, especially as I know how you like to take all the credit.

If it all goes horribly wrong, however, as a proud Remainer I’m perfectly willing to stand up with all the other Remainers and take full responsibility for whatever is coming down the road. A bad Brexit, a third wave of Covid, or anything else that might go wrong – after over four years, we are used to everything being our fault, or the EU’s.

I shall be watching closely as news of the ongoing negotiations unfold – or don’t – over the coming days. I’ll be spurring you on to secure a deal, and I won’t even mind a bit of boasting when the time comes. If you could do me one favour though – when you make the announcement that the UK has “won” a deal and the EU has “caved into our demands”, comb your hair, and make a middle-aged woman very happy.

Chair of Bremain in Spain