How do you ‘Make Brexit Work’? 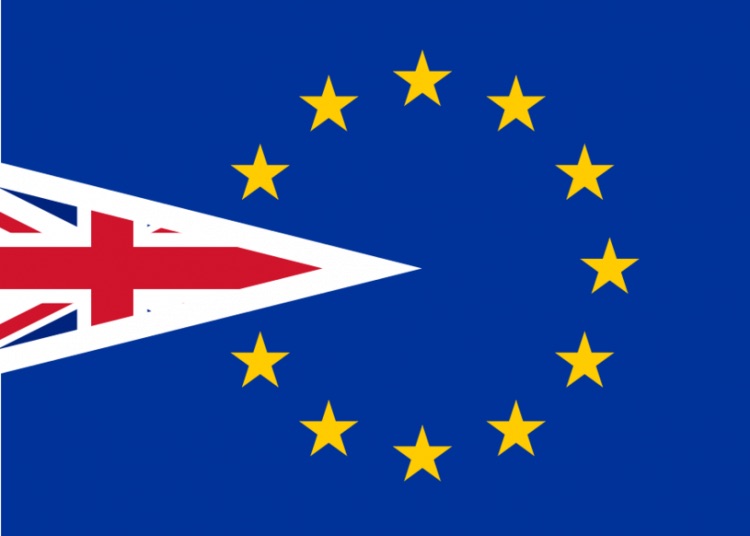 Labour’s Brexit slogan was met with a mixed response, but will it deliver the election result the party’s seeking, asks Bremain Chair Sue Wilson MBE for Yorkshire Bylines? Since the time of the Brexit referendum, the Labour party’s position on Brexit has been, shall we say, ambiguous. Whether by design or accident, in an effort to appeal to both sides, the party has managed to alienate many former supporters. It has been argued that Jeremy Corbyn’s stance on Brexit was a major factor in the government securing an overwhelming election victory in 2019.

I have watched with interest the discussions on social media as to the rights and wrongs of the current Labour position. I admit to having been swayed in both directions at different times. Commentators that I trust on Brexit-related topics are not all of a like mind. Also, it would seem that I’m not alone in my confusion as to what would be the best course of action for the country, or indeed for the Labour party itself.

OK, I admit it. I'm going back & forth re Labour & Brexit.
There are strong, reliable voices I trust on both sides of the argument about whether Labour should "make Brexit work" & I'm confused on the best course of action. What I do know for sure is, we must #GTTO & #JohnsonOut

It is certainly true that Labour have been in dire need of a good slogan for some time. A good three-word slogan has the power to capture the public imagination, even one as equivocal as Theresa May’s ‘Brexit means Brexit’. Boris Johnson won an election on the back of ‘Get Brexit Done’, and let’s not forget the power and effectiveness of the ‘Take Back Control’ mantra.

Whether the meaning behind these slogans was clear or not, they were certainly effective. In light of former Brexit slogan successes, then ‘Make Brexit Work’ sounds a perfectly reasonable addition. The issue, though, is what on earth does it mean and is it the right approach in the face of what many see as Brexit carnage?

In favour of slogan ambiguity

The fact that the Labour slogan, like Labour policy on Brexit, is ambiguous is one of the reasons it has support. Many believe that Labour are right to be cautious when mentioning Brexit. They should focus on winning back the lost red-wall seats, whose Leave-voting supporters left in droves in support of Johnson. Brexit has happened, and no good can come from dwelling on past lost battles, they say. Better to focus on other ways to defeat this government – over corruption, levelling-up, the NHS, etc.

Certainly, we have seen a more passionate, angry Keir Starmer on his return to the House of Commons this week. Not only did he call out the prime minister’s appalling handling of the Owen Paterson affair, and his cowardice in failing to attend the debate on parliamentary standards, but Brexit got a look in too. As rumours increased that the UK is about to take the ‘nuclear’ option and trigger article 16 of the Northern Ireland protocol, Starmer accused Johnson of picking fights with the EU to distract from various scandals.

OK, I'm really struggling with the uproar over @Keir_Starmer saying we need to #MakeBrexitWork.#Brexit has happened. There is no magic wand we can wave to make it simply vanish in a puff of smoke. We can't just return to 2016 and all live happily ever after…

There is also speculation that the government plans to fight the next election on Brexit. Labour would rather focus their efforts in other areas than have the next election be another Brexit battle – one that perhaps they could not hope to win.

Political commentator Nick Tolhurst argues that the ‘Make Brexit Work’ slogan “reminds voters that Brexit isn’t working”. He describes politics as a “community bus” not a “personal limousine”. He goes on to explain, “The bus gets you nearer where you want to be. But some Remainers are refusing to board it because they are waiting for a super fast limousine that isn’t coming”.

..without attacking voters decisions 5 years ago or looking like you just want to cancel it now.

If you haven’t got this you don’t really get how politics works. https://t.co/rq0FJnXSYS

Lord Andrew Adonis is not exactly renowned for being a fan of Starmer in general, or of Starmer’s Brexit policies in particular. It’s no surprise, therefore, that he has been critical of the ‘Make Brexit Work’ message. As well as tweeting “Well that can’t be done”, he shared a photo suggesting that Starmer was merely a reflection of Johnson.

Scottish National Party MSP Angus MacNeil responded to the slogan by citing the economic damage of Brexit. He tweeted:

Brexit can't work … It is economically damaging ..twice as bad as the pandemic or the global crash of 2008.
Anyone promising to make brexit work are simply telling lies.

Political activist Femi Oluwole, who co-founded the pro-EU campaign group Our Future Our Choice, explained his take on why Brexit won’t work in a 50-second video, making five specific points:

This is the problem with Keir Starmer saying "Make Brexit Work":

Everything he would have to do to limit the damage of Brexit, is the opposite of what Leave voters wanted.
So that line just adds to the lie that Brexit can ever be a success in the eyes of those who wanted it. pic.twitter.com/7Tibwiedcv

The problem with ‘Make Brexit Work’, he said, is that everything required to limit the damage caused by Brexit would result in the opposite of what Leave voters actually wanted in the first place. So, regardless of whether Remainers would be happy with Starmer’s proposals, Leavers certainly wouldn’t be.

Labour’s slogan should be better than this

Of course, the arguments for and against the ‘Make Brexit Work’ slogan are not all about the policy itself. While the basic principle of the proposal might be acceptable, the slogan itself is an issue. As ‘woke and proud’ Richard Bentall says, it alienates Remainers. While pro-Europeans are no strangers to feeling left out – not least by Labour – they do make up the vast majority of Labour supporters.

'Make Brexit work' is a crap slogan because it alienates remainers. @UKLabour needs a slogan that is acceptable to the majority in both camps, implies that the current Brexit isn't working, but doesn't imply rejoin.

My first stab: A new deal with Europe. https://t.co/gIVWNhAULY

A slogan that further alienates Remain-supporting Labour voters who have been hoping for better representation, for stronger arguments, and for Labour to take a stand and call out what they see as the Brexit disaster, is probably not a wise choice. Since it risks appearing to make no sense as we increasingly hear about economic damage and businesses going under – or moving abroad – as a result of Brexit, it’s likely to be seen as another frustrating swerve on the part of the opposition.

Many are still confused about the Labour message, and its validity. Whatever the best course of action for the party, they are no doubt firmly focused on the main goal – to ‘get the Tories out’. Whether they can do that with the promise of making Brexit work, and without making cross-party alliances ahead of the next election, is another matter altogether.

Recent polls have shown a shift in public opinion, even before the latest sleaze and mismanagement have been completely taken into account in the numbers. The always-dubious attractions of Johnson are no longer enough to satisfy many of his followers. Johnson has proved, once too often, that he doesn’t care, he doesn’t do detail, and that he doesn’t abide by the rules. Starmer, by contrast, is growing in stature, and is generally regarded as an honest broker, if, at times, a dull one.

Whatever the rights and wrongs of Labour’s position on Brexit, let’s hope they’ve got it right.