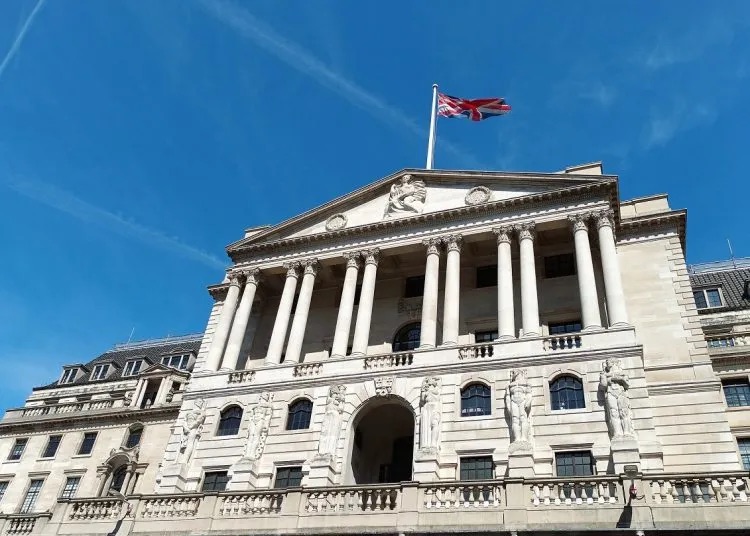 The governor of the Bank of England talks through the big shocks to the UK economy and the risks to come, but gives no mention to Brexit, writes Bremain Chair Sue Wilson MBE for Yorkshire Bylines.

On Tuesday 29 November, the governor of the Bank of England (BoE), Andrew Bailey, gave evidence to the House of Lords economic affairs committee. The oral evidence session with the governor is an annual event and was expected to cover a number of topics, including quantitative easing, financial risks, inflation and the supply of labour, both historically and looking forward.

Unsurprisingly, there was little good news and lots of talk about the “scale of the external shocks that are hitting the economy”. Surprisingly, or perhaps not, the list of factors affecting the UK economy did not include Brexit. In two hours of discussion and debate, not one single mention. From anyone.

While many factors, such as the war in Ukraine and the pandemic were external contributors to the current economic situation, there were domestic factors too. The most significant of these – if you ignore the government’s general mishandling of the economy, and of course, Brexit – was the disastrous autumn mini-budget.

When committee members referred to the statement as a budget, they were corrected by the governor. It was, in fact, a “fiscal event”, not a budget. Had it been a budget, the Office for Budgetary Responsibility (OBR) – the official fiscal watchdog – would have had to be involved. By labelling the budget a fiscal event, the OBR was left out of the loop completely. Bailey added that the “message that came across”, was that “we didn’t want the OBR involved”.

Bailey said that while it was not always necessary to know all the “detailed measures” in advance, the bank would expect to be informed on “the economic impact” of any proposed policy. Many people had described the situation to him, he added, as “flying blind”. The BoE, for example, had had “no idea” that the government had plans to abolish the top rate of tax.

Bailey said there was no doubt in his mind “that Treasury officials told the BoE and me everything they knew”. There was no question of anything “being hidden”, he said. There was, however, a “lack of clarity”, even “between the former prime minister and the chancellor about what was going to be in the fiscal statement.” Which rather, Bailey said, “illustrates the problem”.

Andrew Bailey, Governor of the @bankofengland: “The scale of the external shocks that are hitting the economy and the effect they’re having are coming through as a very big shock to the UK’s real economy…” pic.twitter.com/GmxmDgoUpE

External shocks to the system

The governor spoke of the scale of the external factors affecting the economic outlook, describing them as a “very big shock to the UK’s real economy”. In particular, Bailey highlighted the scale of the shock from the energy crisis, which was seen as a “substantial risk” and which was “larger than any single year in the 1970”.

The governor spoke of what he regarded as the three biggest risks to the UK economy. The first of these – the energy price shock coming from Russia and Ukraine – he described as “reasonably stable” in terms of size and force. The second factor, and the earliest, was the post-Covid supply chain shock, which he said was “unwinding”. The third shock, which unlike the first two was heading “the other way”, was food, affected by both domestic and external factors.

According to Bailey, “the biggest story is the labour market”, which is “much more constrained” in Britain than elsewhere. Where other economies – such as the US or the Eurozone – had recovered to pre-Covid levels, the UK was lagging behind. However, Bailey claims that recruitment issues many companies have been facing are now gradually starting to ease with the ratio of vacancies to unemployment stabilising, albeit at a high level.

The BoE, said Bailey, has been saying for over a year that there was “a very big real income shock” coming and that the consequences of that blow need to be dealt with. It seemed to be widely accepted that this was due to a “change in the terms of trade”. The impact of the real income shock is one being felt by the public who, apparently, are failing to understand why they can’t be paid in line with inflation. The risk, said Bailey, is coming from second-hand effects – caused by “constraint in labour supply”, “wage-bargaining” and “price-setting” – which would require the BoE to further raise inflation.

Whatever our economic future holds, it seems clear that the British economy is not in a healthy state or, perhaps, in the safest of hands. While so many in Westminster fail to acknowledge a significant cause of our present economic situation, it’s difficult to see how our finances can or will improve.

During the course of the committee meeting, the governor at one point complained that “quite a bit of the commentary” regarding the British economy “pretends that Covid never happened”. That may well be the case. Yet the bank and the government continue to pretend that Brexit never happened. Thankfully, the public, and increasingly the press, are joining the dots. It would be helpful if those in charge of running the economy effectively did likewise.