Brits in Spain risk being caught out by 90-day rule 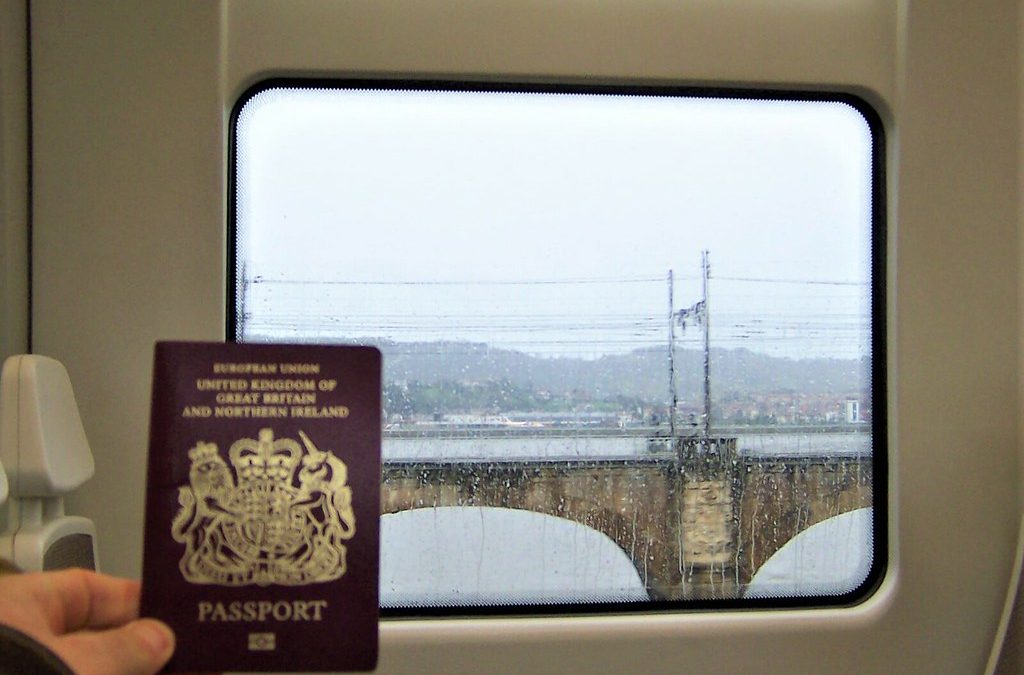 When the Brexit transition period expired on 31 December 2020, British citizens lost their EU citizenship status. As a result, we became third-country nationals, with visits to Europe now limited to stays of 90 days in any 180-day period. That’s not just in one EU country, but all of them combined.

As British holidaymakers come to terms with the new rules, Britons currently on extended stays in Europe are running out of time. On 31 March, their 90 days will be up.

Many of those currently on extended visits have been in Europe since before Brexit was ‘done’. For those that arrived before the end of the transition period, the option of applying for European residency – under pre-Brexit terms – is still viable for the next three months. New applicants in Spain are being encouraged to register as a matter of urgency but are experiencing delays as regional authorities struggle to cope with demand.

The pending arrival of the Brexit deadline last year encouraged many Brits with long-held dreams of emigration to expedite their plans. By doing so, they ensured the avoidance of more onerous and costly EU entry criteria, as well as improving their future rights as residents. Applicants who can prove they were legally living in an EU country prior to 1 January will qualify for protections afforded us by the Withdrawal Agreement (WA). Whilst the WA does not protect all our prior EU citizenship rights, it provides additional security, not least with regard to healthcare and pensions.

Not all British citizens currently on extended stays in the EU aspire to becoming residents. Many will be holidaying second-home owners – commonly referred to as ‘swallows’, as they migrate south for the winter. Others may be family members of residents of Spain, perhaps visiting parents or children. While some may have planned to stay for weeks, others only intended a Christmas visit but were caught out by Covid restrictions or flight cancellations. They now find themselves in difficult circumstances, perhaps unaware of the full ramifications of their situation.

In normal times, an extension to the allowed 90-day stay is only granted in the event of ill health or accident, but these are not normal times. The European Union is encouraging member states to be flexible and to grant extensions where necessary, but, ultimately, the decision rests with national governments. 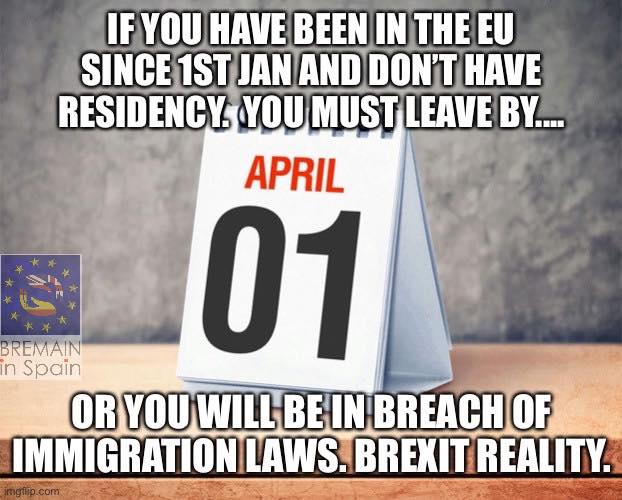 As of 1 April, any non-resident failing to apply for an extension will officially become an ‘undocumented’ immigrant and could be fined or placed under an ‘expulsion order’. If deported, they could face a ban against re-entry – not just to Spain, but to most other European countries – for up to five years.

During the first Covid lockdown a year ago, Spain made special arrangements allowing thousands of third-country nationals to extend their visit. In May 2020, with Spain under a ‘state of alert’, a three-month extension to the 90-day rule was announced. This time around, and with less stringent Covid measures and travel restrictions, no such extension will be granted. The British Embassy in Madrid has confirmed that the grace period for travellers is no longer valid and added, “Any stays beyond the 90 days in any 180-day period will be dependent on the applicable visas and immigration rules for Spain. This may require applying for a visa and/or permit”.

Dealing with Spanish bureaucracy can be difficult at the best of times, especially for those without a firm grasp of the language. Forms in quadruplicate, long lists of required documents (some of which have a very limited shelf life) and a shortage of appointments with the relevant authorities all add to the levels of complexity and anxiety.

In order to apply for an extension to your stay in Spain, you must prove your ability to support yourself during that period. This means demonstrating you have additional travel and medical insurance for the period in question. Any medical insurance must include the cost of repatriation in the event of accident or illness. A return ticket is also required, dated within the timeframe of the extension period, as well as documentation proving you have the financial means to support yourself. All documentation must be translated into Spanish, and any application must be made before the 90-day period comes to an end. Whether the authorities will actively seek out those overstaying their welcome remains to be seen, but police spot checks are commonplace, especially during the pandemic.

Many Brits coming close to the end of their allowed 90 days may be lulling themselves into a false sense of security. Perhaps they believe the Spanish authorities’ response to Brexit will be as lackadaisical as the British government’s response has been. If they are relying on the Spanish authorities needing time to adjust to new arrangements, they may be making a serious error of judgement. Third-country rules may be new to us, but they are not new to Spain, or to any other EU country. They have been applying them to other foreign nationals for years. All that was necessary was for the UK to be added to an existing list. Welcome to the slow lane.