A Cabinet Devoid of Skills 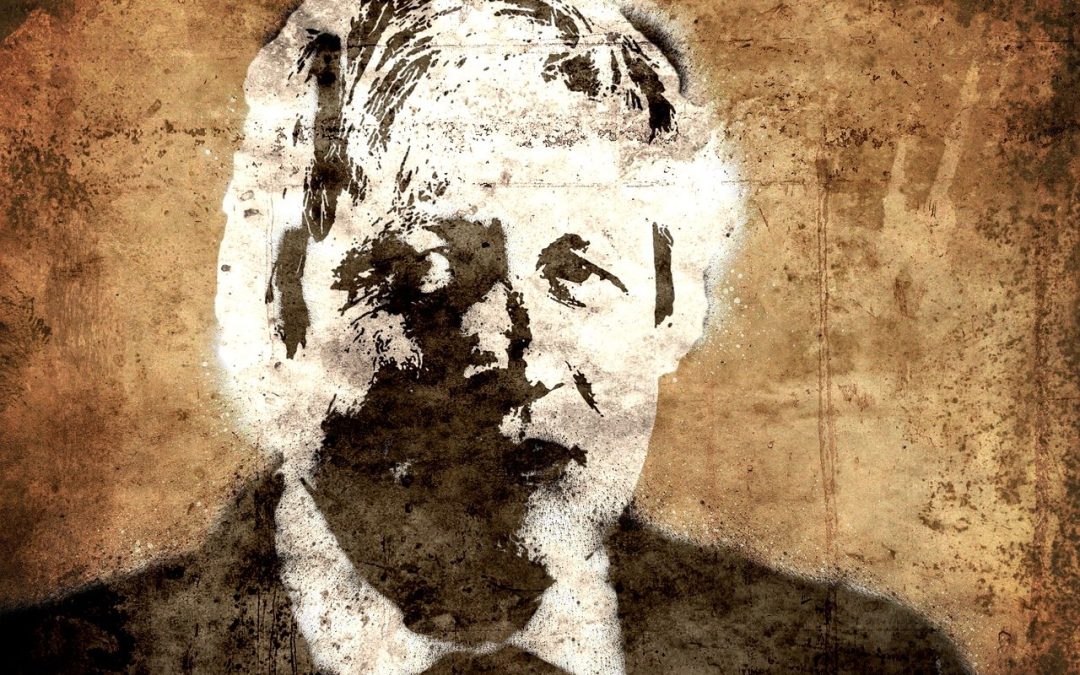 It should surprise no-one that Brexit is not going according to plan. Assuming there ever was a plan to begin with. That’s despite the fact that the Cabinet is packed full with Brexit supporters who repeatedly assure us Brexit is “done”. This is a Cabinet devoid of skills as well as ideas, writes Bremain Chair Sue Wilson MBE for West England Bylines.

The deal Boris Johnson and Lord Frost negotiated which they lauded at the time, has now been rubbished by both of them. The Cabinet, whose only qualifications are their blind faith in Brexit, are getting testy and running out of answers. If they ever had any in the first place.

We’ve grown accustomed to the government’s rewriting of history and its failure to accept any responsibility when things go badly. Their first response is always to apportion blame elsewhere. The latest recipients of the finger pointing are ‘Remainer civil servants’. This time, the accusation comes from the Attorney General, Suella Braverman.

This is the rancid logic of Brexit. As predicted, its advocates can only explain the failure of their idea by blaming it on enemies within. Brexit isn’t done. It continues to be a wrecking ball at the heart of UK politics.https://t.co/bnQf1lGRr5

Like many a cabinet minister, the Attorney General owes her position, not to her intellect or skills, but to her wholehearted love affair with Brexit, and to her support for the PM that ‘delivered’ it. Or as Alistair Campbell put it, she owes her good fortune to “the only PM in history who would consider her to be ministerial material”.

She should be struck off by the Bar Council. She is a disgrace to her former profession. She defends the indefensible because she is AG under the only PM in history who would consider her to be ministerial material https://t.co/G4IbWKzTfU

In an article for The Telegraph – required reading for right-wing Brextremists everywhere – Braverman accused civil servants of “thwarting reforms” as they cannot imagine “life outside the EU”.

It was thanks to those civil servants that the UK was struggling, she said. Braverman’s claim was backed up in a tweet by fellow Brexit enthusiast Tory MP, Lucy Allan, who described the Attorney General as “brave” and said civil servants were “obstructing” the government.

Braverman may well possess legal qualifications, and presumably has a reasonable knowledge of British law. However, her knowledge of international law, and her endorsement of the illegal Protocol Bill, leaves a great deal to be desired.

You mess with Boris you get Dorries

When you examine the Cabinet it’s difficult to find any relevant skills in relevant places and Nadine Dorries’ role as Culture Secretary, is right up there. A regular recipient of social media scorn, Dorries’ official title is Secretary of State for Digital, Culture, Media and Sport. Often blaming her dyslexia for her inappropriate, ranty and inaccurate tweets, Dorries has shown no evidence of any skills in or understanding of any of those topics. Though, if I had to single one out, she probably makes more gaffs about sport than she does about culture. Just.

➡️ Of course she does because if there was ever a politician promoted well beyond their means and out of their depth it is Nadine Dorries. pic.twitter.com/8dIlCAmSwK

Apart from her evident lack of talent, Dorries is probably best known for her adulation and fierce defence of Johnson. As she told the Sunday Times recently, “I owe Boris Johnson my absolute undying loyalty”. For sure, she certainly owes Johnson her job. It hard to imagine another PM placing her in a cabinet role, but with this bunch of sycophants, you can never rule anything out.

All Trussed up with nowhere to go

Foreign Secretary and Minister for Equalities, Liz Truss, was already overburdened with responsibility before Johnson added Brexit negotiations to her portfolio. When Lord Frost resigned that particular role, he thankfully removed himself from Cabinet, though that hasn’t stopped him from commenting, especially on the (poor) handling of Brexit.

For now, we are stuck with ‘Dizzy Lizzy’, whose focus is firmly fixed on the top job, heaven help us. Formerly a staunch Remainer, Truss is now little more than a failed Thatcher impersonator with ambition. That we could put up with, if, and it’s a big if, she had anything of interest or import to say.

The whole rotten lot should be thrown from office https://t.co/bg54O3i3y8

Perhaps appointing the wealthiest MP to the role of Chancellor might seem like wisdom. After all, shouldn’t someone with that kind of financial security understand how to spend and save the nations money wisely? It would seem not.

As a staunch Brexiteer, Rishi Sunak refuses to accept that any of the UK’s budgetary problems are a result of Brexit. Surprisingly, even the Telegraph – or at least a Telegraph journalist – now recognises Brexit “as a key contributor to the UK’s economic woes”. Not that the impact of Brexit will be felt in any one of the homes of the billionaire Sunaks.

The Telegraph – yes, the Telegraph! – fingers Brexit as a key contributor to the UK's current economic woes.https://t.co/JMyml1JfOw pic.twitter.com/SELUWJRpD1

A Cabinet of incompetents

So many misplaced ministers in Cabinet, so much blandness to choose from. The idea that Transport Secretary, Grant Shapps is responsible for keeping the trains running and planes flying, or that Environment Minister, George Eustice will protect farming and food standards would be laughable if it wasn’t so scary.

Then there’s Sajid Javid as Health Secretary, Therese Coffey in Work and Pensions and Nadim Zahawi for Education – another talentless bunch with zero skills and even less charisma.

Jacob Rees-Mogg – no fan of civil servants either – holds the most ironic cabinet title as Minister for Brexit Opportunities and Government Efficiency. Having failed spectacularly at finding any Brexit opportunities, even with the help of Brexit-loving Sun readers, he doesn’t seem to be doing too well re government efficiency either. No doubt he’ll be putting out a further call for public help on that front any day now.

This makes a mockery of Jacob Rees-Mogg’s futile Whitehall head-counting exercise and the creepy notes he’s been leaving for workers who are just trying to get on with their jobs.

Beneath his polite veneer lies a shoddy hatchet job and an ugly disrespect.https://t.co/AiQiHzk7kH

I’ve saved the best, or rather the worst, contenders for last. The words Dominic Raab and Justice Secretary should never appear in the same sentence, and as for his being the Deputy PM, Johnson must be really desperate. Raab’s determination to rid us of any remaining post-Brexit human rights tells us all we need to know about his credentials and his character. And why does he always look like a rabbit caught in the headlights, or as if he’s about to burst a blood vessel?

As for the Home Secretary, Priti Patel, there are no words strong enough that would be printable. I will leave you to provide your own adjectives. Having previously thought Theresa May was evil incarnate as Home Secretary, next to Patel, May looks positively angelic.

It’s difficult to imagine a more unsuitable quartet of politicians to be running the country than Boris Johnson, Dominic Raab, Priti Patel and Nadine Dorries. It’s very important to vote them out at the next election.

For too long, we’ve been forced to deal with this toxic, right-winged, talentless government. So long, in fact, that we’ve forgotten what good governance, democracy and political intelligence looks like.

Perhaps Brexit would have stood a better chance of success if those placed in high-ranking positions had possessed the necessary skills to do the job. Or, if the goals and expectations of Brexit had been realistic and honest to begin with.

The Leave campaign chose to dominate the narrative with rose-tinted fiction, and successfully captivated the country with their lies. Had they not done so, we might not be here at all.

Our Brexit legacy is damaging enough. To also be saddled with the worst PM and Cabinet in living memory is just adding insult to injury.