Terry Christian is a journalist, actor, author and award-winning radio and TV broadcaster. He has presented several national television series, including Channel 4’s The Word and 6 series of ITV’s moral issues talk show, It’s My Life. He has also been a strong critic of Brexit and the Tory government, and he’s not known for mincing his words.

Valerie Chaplin: What do you think of Boris Johnson’s comments comparing Brexit to Ukraine, and the inference that Michael Gove had a hand in the speech?

This was a ridiculous thing to say. Ukraine is desperate to join the EU and be free of Russian influence. Brexit will always be compared to intangible things, anything other than the real impact and how it impoverishes us, hits businesses, destroys jobs, denies opportunities, deprives us of rights, raises costs. So, expect much more of this vague drivel – Brexit is the moon landing, the conquest of Everest: it’s simply the bluster and distraction techniques of a shady conman.

Steve Wilson: Before Russia’s invasion of Ukraine and following Partygate, it looked like Boris Johnson would be deposed. Will Teflon-coated luck keep him in office (and win him another election) or do you think he’s still vulnerable?

I don’t think he’s Teflon. The obvious truth of being a liar and self-serving, lazy charlatan sticks. What keeps him in place is immorality, shamelessness and supine Tory MPs. This horribly exposes the huge weakness in our lack of rules and constitution. The historian Peter Hennessy put it that everything relies on a “good chap theory” of government where people do the honourable thing, so there’s no need for strict rules. Now that we have someone without shame or honour, that all breaks down – it’s akin to having an honesty box which a compulsive, amoral thief turns upside down.

Would you prefer Boris Johnson to: a) depart early, allowing the Conservatives to hit the reset button again, or b) to remain in office, in the hope that he’ll be a liability come the next election?

I understand the tactical aspect of keeping someone so tarnished in place that it may help deliver a Labour government. However, personally I find it hard to overcome my visceral loathing of the man and his acolytes and I fear what further damage he and his tenth-rate appointees, like Nadine Dorries, might do. It’s like you go to buy a house – you’re certain to pick it up for a lower price if its semi-trashed with excrement smeared on the wall – but is that what you want?

Lisa Burton: Channel 4’s, The Word, which you presented, had some hugely controversial moments. Do you think something similar could be aired now? And what was your own personal stand out moment?

It would be seen as tame now. I never liked those “controversial” moments that allowed people to humiliate themselves for sneery laughs. It was the early poison that found its apotheosis in the ugly and deadly Jeremy Kyle bear baiting.

Sue Scarrott: What do you think the Tory government has in mind for the future of the NHS and what can be done to protect it?

I think they will continue to clap for it whilst trying to flog it off to their mates – it will be salami slicing and will be spread out thinly to disguise it.

As Brexit reality bites, how can we capitalise on Brexit voters who now regret their decision?

I’m probably not the one to ask – I’d advocate dunce hats, shaved heads, sack cloth and ashes for them. For those who hold their hands up and say yes, we were conned, then I guess the best thing to do is to hope that they will arrive at a more mature view of how we positively engage with our closest neighbours and allies. But even for those regretful Brexiteers, I have a feeling that once a mark, always a mark, and they will always be easy meat for yet more flag waving, foreigner-bashing conmen and grifters like Nigel Farage and Boris Johnson.

Derek Ironside: Do you think Labour’s best chance of success in the next General Election is with a “Progressive Alliance”?

Yes, but it may need to be a subtle nod and a wink agreement. The Tory strategy of only needing the hard-core hard-of-thinking, a smattering of bigots, and allowing the progressives to split their vote, needs to be challenged.

I suspect the best thing is to drift back over time, to get closer to the EEA. I also suspect that, if Europe had someone they loathe less than Johnson to deal with, they could be quite amenable to being more accommodating and flexible.

Helen Johnston: Tory MP Julian Knight questions if the Government’s privatisation of Channel 4 is being done for revenge for Channel 4’s “biased coverage of Brexit and personal attacks on the PM”. Do you think this is true, and would privatizing Channel 4 reduce the range of independent reporting on politics in the UK?

Yes – it’s a mixture of revenge and cultural vandalism – so pettiness and stupidity. To find the dumbest, most pig-ignorant MP possible and make them culture secretary tells you everything you need to know. 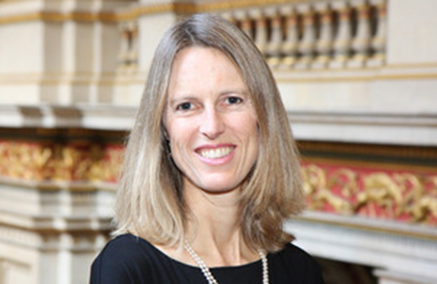 Our next Bremainers Ask contributor will be Alexandra Hall Hall. A former British diplomat with over 30 years’ service, Alexandra’s most recent assignment was as Brexit Counsellor and spokesperson at the British Embassy in Washington. She resigned from that position in December 2019, after concluding she could no longer represent the British Government’s position on Brexit with integrity.

She is now a frequent commentator and writer on British politics and foreign policy post-Brexit. In her latest article she argues that the time has come for serious discussions about reforming Britain’s political structures.

If you would like to submit a question for Alexandra, please email us no later than Saturday 7 May at enquiries@bremaininspain.com