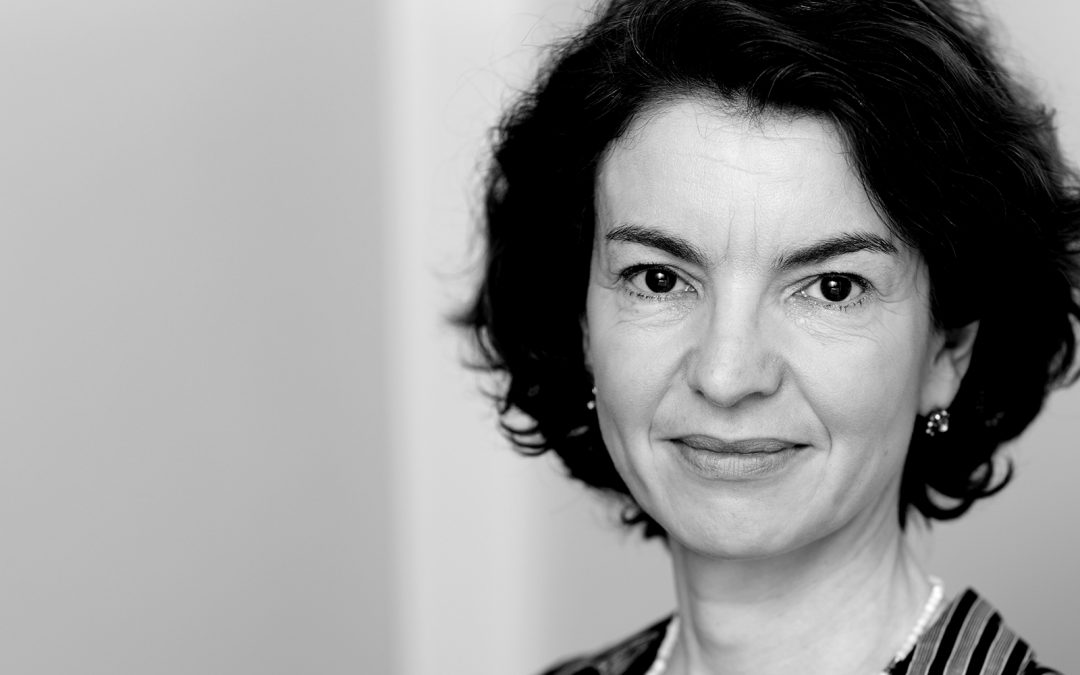 Jessica is recognised as one of the country’s leading specialists in public/regulatory, EU and human rights law, and has particular experience in data protection, tax, regulatory/competition law and in civil liberties work.

Jessica represented the second Claimant, Dos Santos, in R (Miller & Anor) v Secretary of State for Exiting the European Union & Others [2017], the challenge to the Prime Minister’s decision to use the Royal Prerogative to notify the EU of the UK’s intended withdrawal under Article 50 of the Treaty on European Union. She also represented Sue Wilson and others in the Wilson vs. the Prime Minister (Theresa May) – UK in EU Challenge.

Valerie Chaplin: With the economy set to suffer enormously from the current crisis, how can the Government be held to account: a) for their mishandling of COVID-19, and b) for ploughing ahead with a damaging Brexit, when an extension to the transition period would be welcomed by the majority?

Ultimately, the only way that the Government can be held to account is at the ballot box. Of course, Select Committees also provide for accountability but ultimately, they produce reports and findings, whose impact depends on the Government abiding by Conventions and acting honourably in responding to Committee findings and recommendations. There will also surely be a public inquiry in relation to both COVID-19 and ultimately, the Brexit debacle. Since the Government is in charge, however, of setting the terms of reference of such inquiries, we may be disappointed by them. It depends largely I suppose on who is appointed to run them, whether they are really useful and effective.

There will no doubt also be litigation about the Government’s handling of COVID-19 – indeed, I have been asked about such litigation but at the moment feel it is not timely. That is not because I do not think it has any prospect of success; to give but one example, there are clearly very serious issues surrounding what happened in relation to care homes, where people were undoubtedly put at a foreseeable risk to life that could, with sensible precautions, have been avoided. My hesitation is my sense that this is really not the right moment for litigation. In fact, I represented the family of a prisoner who died of asthma in the first case in the UK in which the Home Secretary was ordered by a Court to carry out a public inquiry into a death pursuant to Article 2 of the Convention. This was just after the Human Rights Act came into force. In that case, there was no nebuliser in the inmate’s cell despite the prison knowing he was at risk. The Court held that there was an arguable breach of Articles 2 and 3 (right to life and right not to be subjected to ill treatment) since the prison (for which the Home Secretary is responsible) had not taken reasonable steps to protect against a foreseeable risk to his life. I also acted for the soldier who died of heat illness in Iraq (and other British soldier Iraq death cases) – again raising the foreseeable risk to life point. This ultimately led to the finding that the Government is responsible for safeguarding British soldiers’ human rights, including when they are oversees. The same arguments will be made in relation to COVID-19, without the jurisdictional difficulties that arose in the Iraq cases.  It will be more difficult to establish any right to inquiries into the deaths however, at least in a hospital setting, because there is a line of case law concerning healthcare that excludes the need for public inquiries. This probably does not apply in relation to care homes, however. It is concerning that the Head Coroner has already issued a statement to say that systemic failings should not be investigated in any COVID-19 inquests. This will no doubt be tested in litigation. 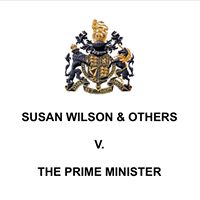 Helen Johnston: Do you think there is any scope for further legal action to hinder a damaging no-deal/bad-deal Brexit, to extend the transition period, or to prevent the loss of citizens’ rights?

Parliament has given its permission for no deal by enshrining in primary legislation that the transition period shall end on 31 December and that there shall be no extension. I cannot see therefore how there could be any further litigation on this. I’m afraid I am highly pessimistic about any litigation to argue that UK citizens have any right to retain EU citizenship (I know a case is pending). As for other rights, whilst we still have the Human Rights Act, we still have Convention rights, albeit that they can be removed by Parliament even without the Human Rights Act being repealed. And, whilst we are still in the Council of Europe, we have these rights even then as a matter of international law. We have yet to see whether Britain would really leave the Council of Europe and lose its last vestige of international standing. I know there are proponents of this course in Cabinet but still find it hard to believe they would take that step.

John Hodges: Is it time to make MPs Code of Conduct legally binding and enforced with appropriate punishment?

This is a very interesting question, which I have been puzzling over. The problem I suppose is always who should be the judge/enforcer. It certainly struck me as absurd that Dominic Cummings could be held in Contempt of Parliament, as was the Government itself, without there being any consequence. There does come a point where codes become less than useless – they provide cover but not deterrent. And it seems that we have reached that point. Perhaps the answer would be to have a small panel of MPs selected by Parliament (like the Speaker) that are charged with judging and enforcing a Code of Conduct. It would be very controversial, and I think a bad idea, for Judges to take this role.

Lisa Ryan Burton: After Johnson prorogued Parliament, there were many attacks on the judiciary from media and high-profile individuals, including some in the government itself. Considering the way politics is changing, do you feel it would be beneficial for the UK to have a written Constitution and a Constitutional court?

I am not someone who believes that a written constitution would provide a complete solution to what is going on. Constitutions are only as good as the people and institutions they govern and there is no doubt that some of the worst regimes have some of the best Constitutions. However, I am in favour of a written Constitution primarily because people simply do not understand our unwritten one. The role of the judiciary as a key pillar in our Constitution (and democracy) is the prime example of that. The great benefit of a Constitution is that it can be taught in schools, read by everyone and referred to by those seeking to hold those in charge accountable. A lot of ‘unconstitutional’ things have happened in the last three years but these have involved breaches of conventions that are unwritten and unenforceable. Very few people, including MPs, know about them or understand them and they get no traction in the press. But for all that, they are important in ways that are difficult to explain. We need more clarity. And people need to understand that democracy is much more than casting your vote at the ballot box.

Matt Burton: If we leave the EU with no comprehensive deal and therefore no close alignment at the end of this year, what rights do you see the UK government side-lining first and what would be your greatest initial worry? 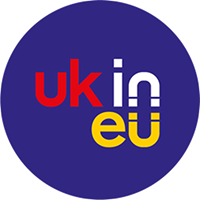 There will probably be some deregulation and possibly reduced employment rights. What concerns me most though is the loss of rights that follows directly from leaving the EU – our rights (individual and corporate) in 31 countries. That for me is the worst thing about Brexit.

Steve Wilson: You recently tweeted of Keir Starmer that he “manifests a life-long training in handling information, questioning contradictions/falsehoods and seeking answers”. Do you think lawyers generally make good politicians, and would you ever consider going into politics yourself?

I think that the training of a lawyer is extremely useful. There are so many different parts of our job that are potentially useful. The engagement with experts in other fields, the need to ask questions and understand different areas of life/work, the need to interrogate one’s own arguments and consider the other side’s, the need to consider wider issues than how to win a case, including the overall objective of the client, tactics, strategy and risk. All of these, as well obviously as an understanding of how legislation and institutions work seems to me hugely useful for effective legislators. Keir Starmer has also of course, run a large institution and has widely developed legal skills because he has worked in criminal, civil and constitutional law and internationally as well. The challenge of politics for a lawyer is probably its slowness and the sense of not achieving anything. We tend to get stuck into detail with the aim of getting the ‘right’ answer, which does not exist in politics. And then there are internal party politics, which I think must be very difficult to handle. I have always considered going into politics and, indeed, stood in the European Parliament elections, albeit so low down the list that there was no chance of me getting a seat. I’m not sure I am tribal enough to do it though, although as the tribes have become clearer and clearer, it has become easier and easier to identify with one side. 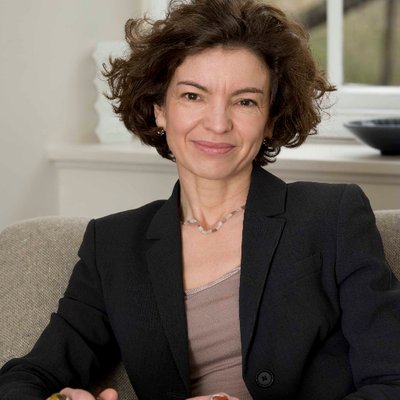 Anon: With your experience in data protection, what are your thoughts on the government tracking app currently undergoing tests?

There needs to be not just absolute anonymity but also a guarantee of the data being deleted after a short period of time. I am not confident that this will happen. Unless it does, I cannot see how the app will comply with data protection laws. I acted for Privacy International in the case that David Davis and Tom Watson brought against the Home Secretary (then Theresa May) regarding the Data Retention Regulations. The Court of Justice held that the retention of data was unlawful because of the effect that that had on how we approach our lives. Private life is so fundamental to who we are – and how our society functions, as George Orwell’s 1984 shows us.

Many thanks to Jessica for taking part. Our guest for June’s Bremainers Ask feature is Spanish NHS nurse and campaigner, Joan Pons Laplana.