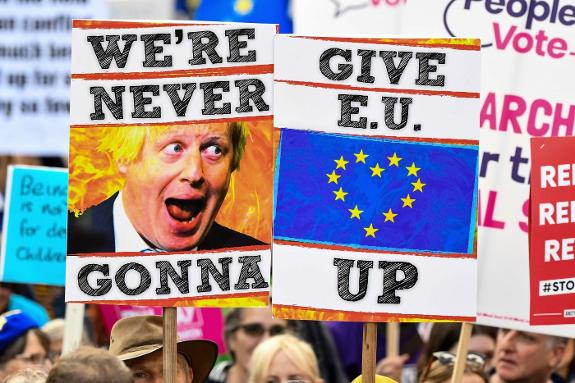 As Britons living in Spain and across the EU27, as well as EU citizens living in the UK, come to terms with the reality of Brexit following last Thursday’s election, groups representing them are beginning to plan for the future.

Far from giving up, collectives including Bremain in Spain, British in Europe and The Three Million, which represents EU citizens in the UK, issued statements to assure followers that they will be continuing to campaign on their behalves.

British in Europe and The Three Million issued a joint statement in which they stated, “We will renew our campaign for both the UK and all the EU27 to automatically guarantee our rights.”

While Sue Wilson, chair of Bremain in Spain, which is part of the British in Europe umbrella group, said, “We must now accept that the UK will start the process of leaving the EU on 31st January, unless there’s a Christmas miracle.”

A statement issued by the group went on to say, “This is not the end of the road for Bremain. The nature of our fight will change, but our goals and our ethos will not. We still believe, and always will, that the UK’s place is at the heart of the EU.”

Anne Hernández, president of Brexpats in Spain, which represents people regardless of their views on Brexit but stands to protect people’s rights, said she was personally “resigned” to Brexit but added, “With all my determination to get the best possible outcome for us as citizens in the EU.” Hernández said, “We shall be needing the support of Spain and I am doing all I can, as I have been from the very beginning since the referendum, to reciprocate their help.”

Taken from The Sur