Renew’s campaign for EU Citizenship for Brits in EU 27 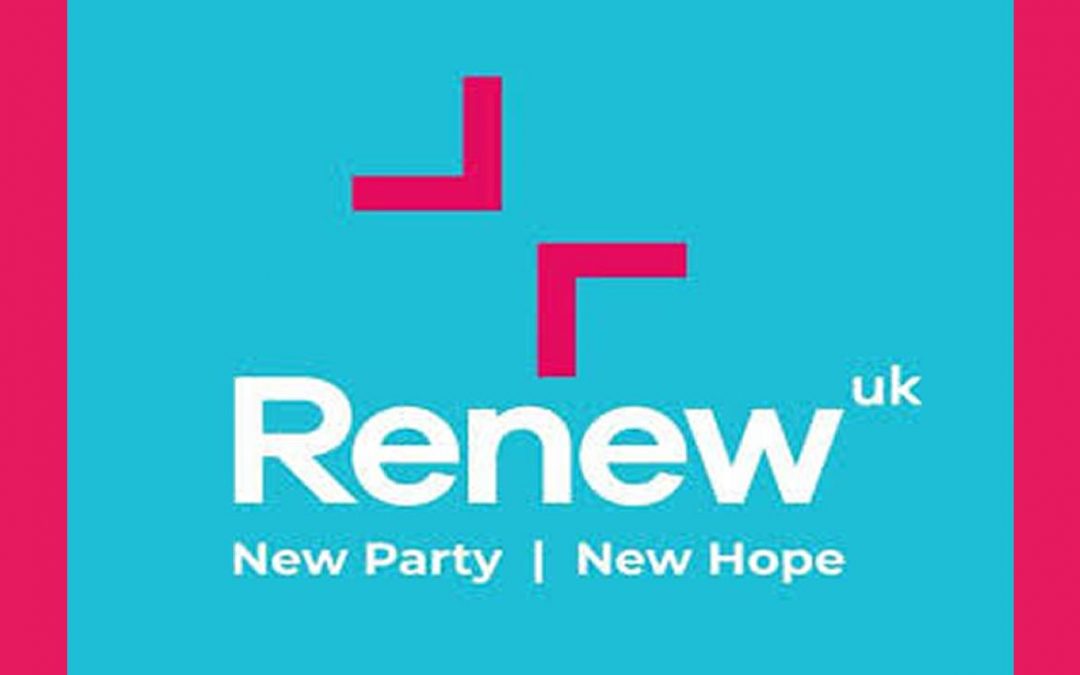 Bremain in Spain and the Renew Party UK started working together way back in April 2018 when they approached us to assist with developing their policies re Britons Abroad. We have remained in regular contact, mainly through Terry Knott, Renew European Coordinator. You can read more about Renew here and their policies on Britons Abroad here.

Terry has made us aware of a new campaign for Britons in the EU27 to maintain their EU citizenship and is working with French lawyer and Bremain member Julien Fouchet and his team. Here’s what Terry has to say about the campaign:

There are 1.4 million British passport holders in the EU, including YOU, with 80% working, studying or researching (U.K. government own figure). For the past 4 years, we’ve been treated like mushrooms: kept in the dark and fed on manure!

Enough. The Renew Party is working with the inestimable French lawyer, Maitre Julien Fouchet and his team, pro-bono, to win European Citizenship and YOU can help him, win back our Freedom of Movement, in the EU and so much more. Read on for how members of Bremain and beyond can support this initiative. 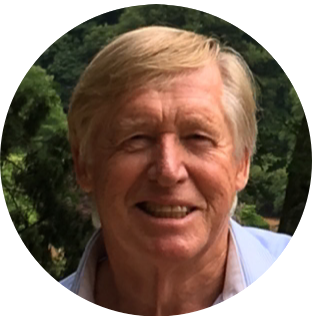 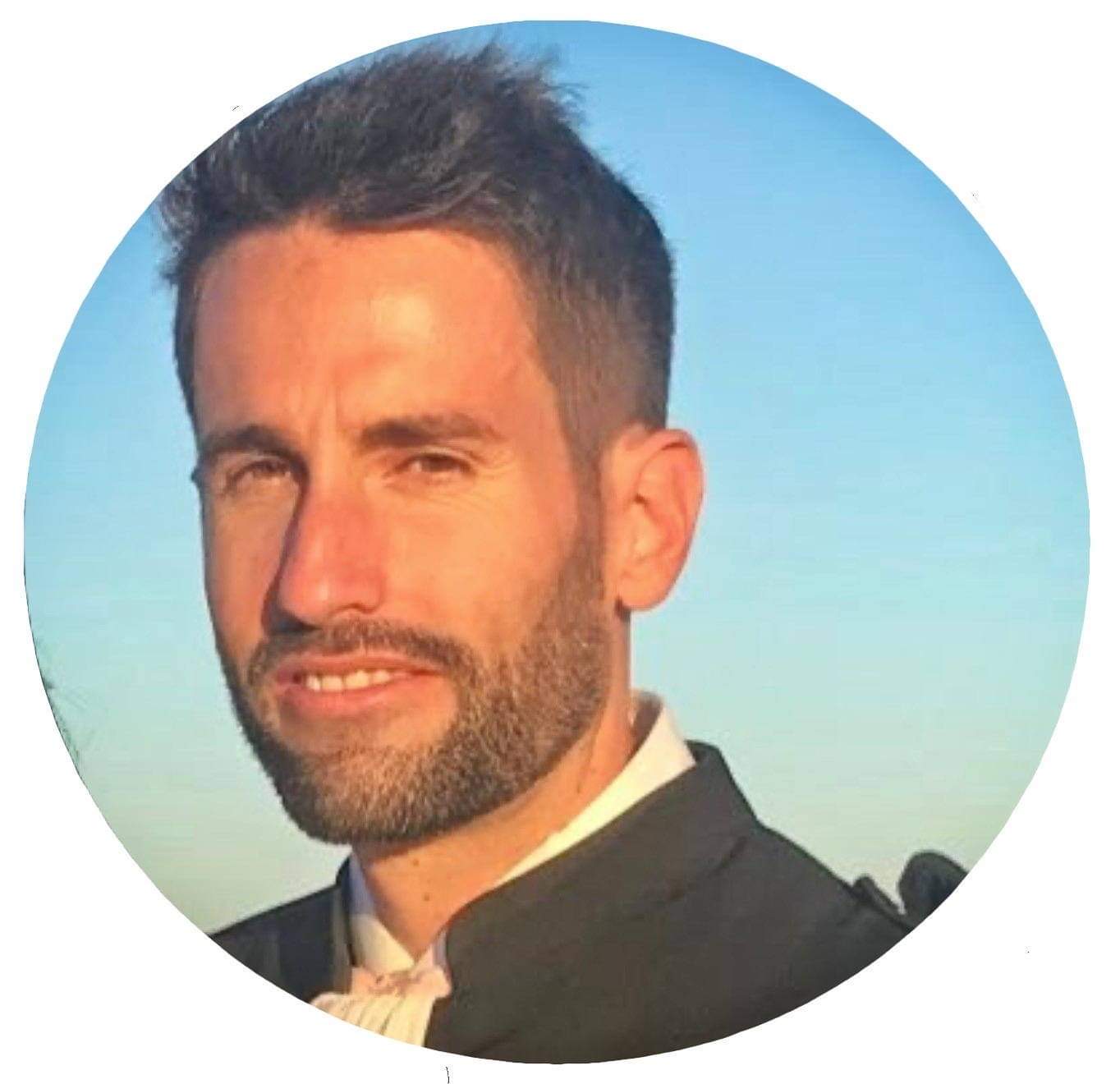 The document below outlines the case and a copy has been sent to Ursula von der Leyen, European Commission President, and Belgian MEP Guy Verhofstadt. 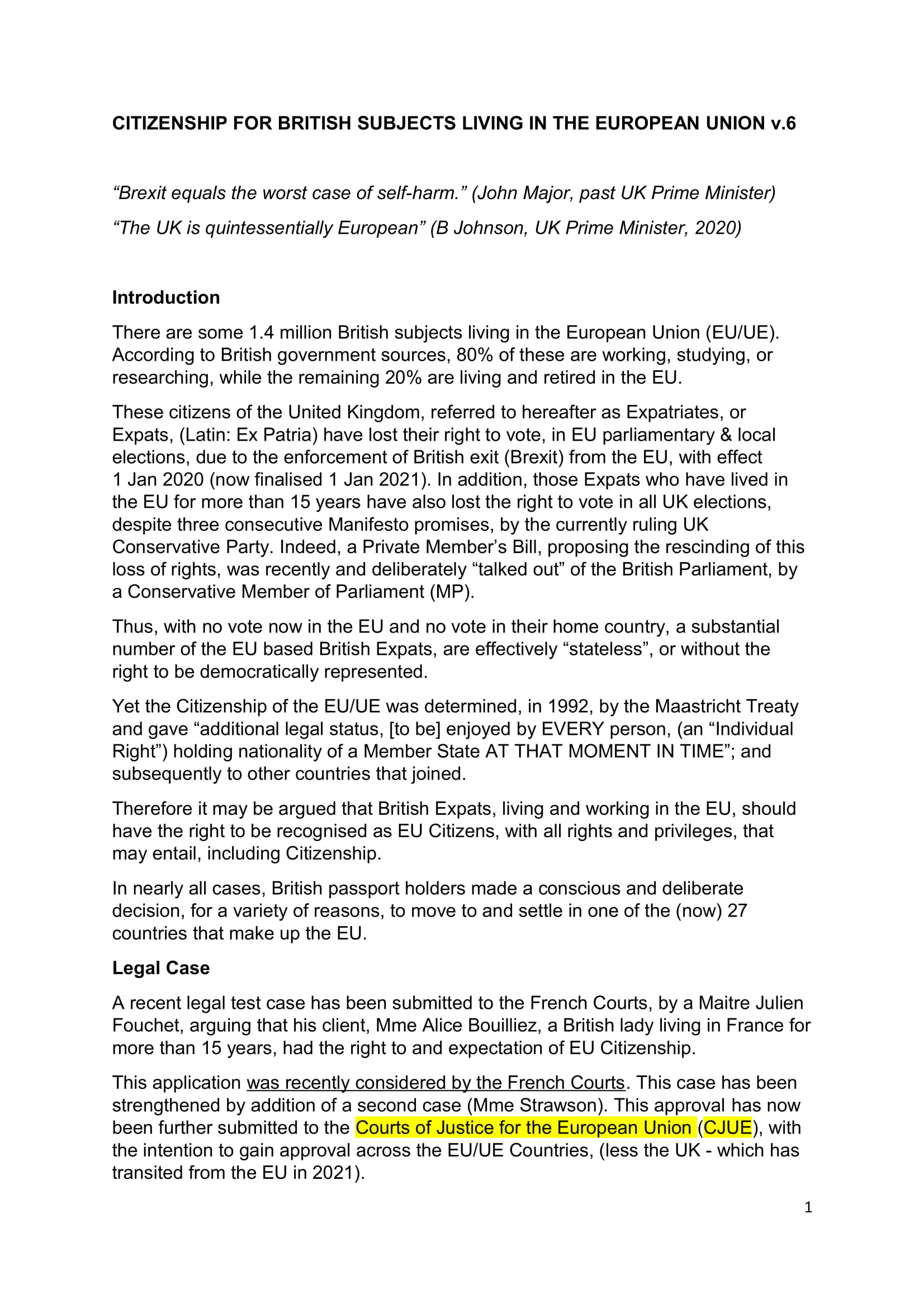 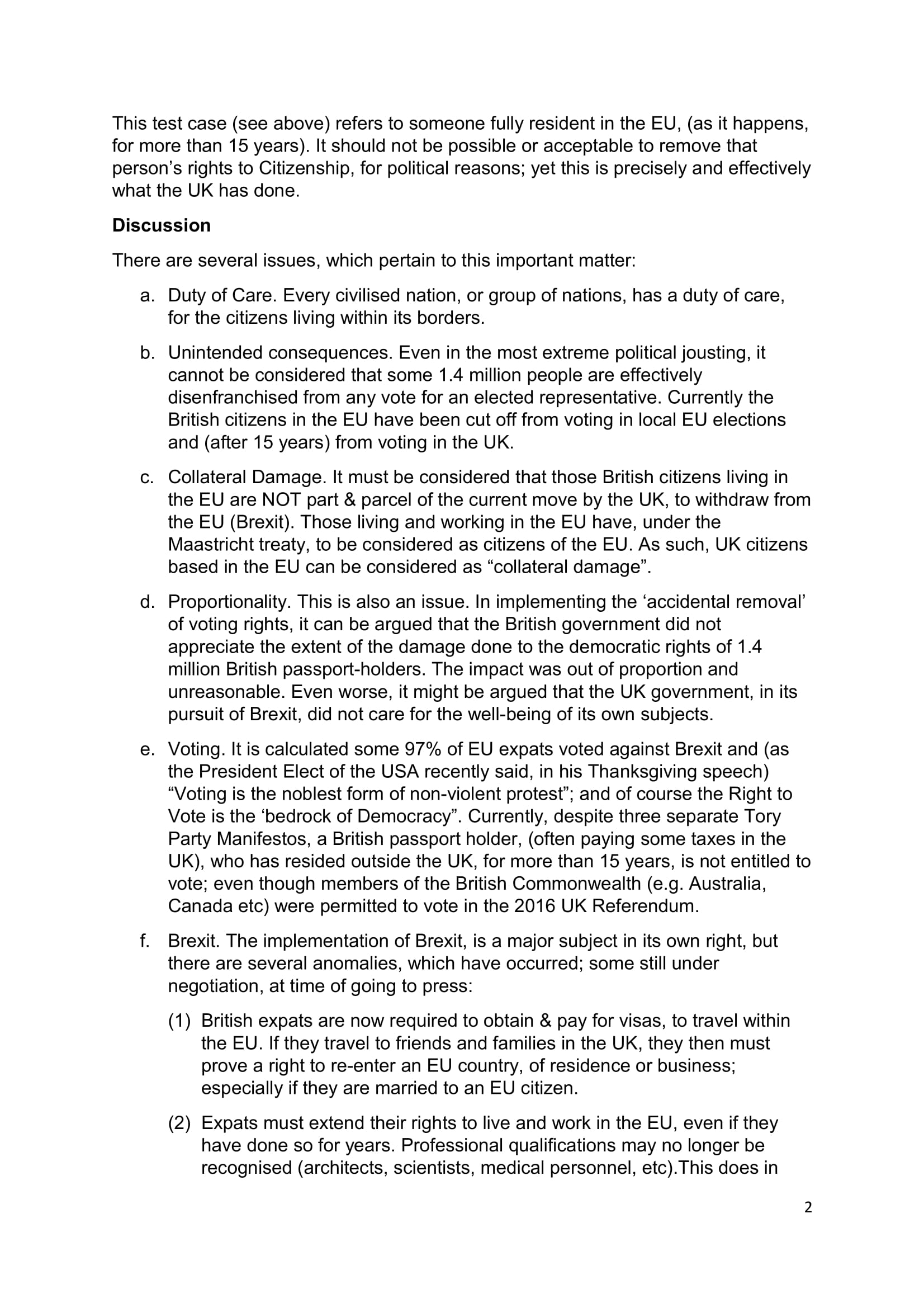 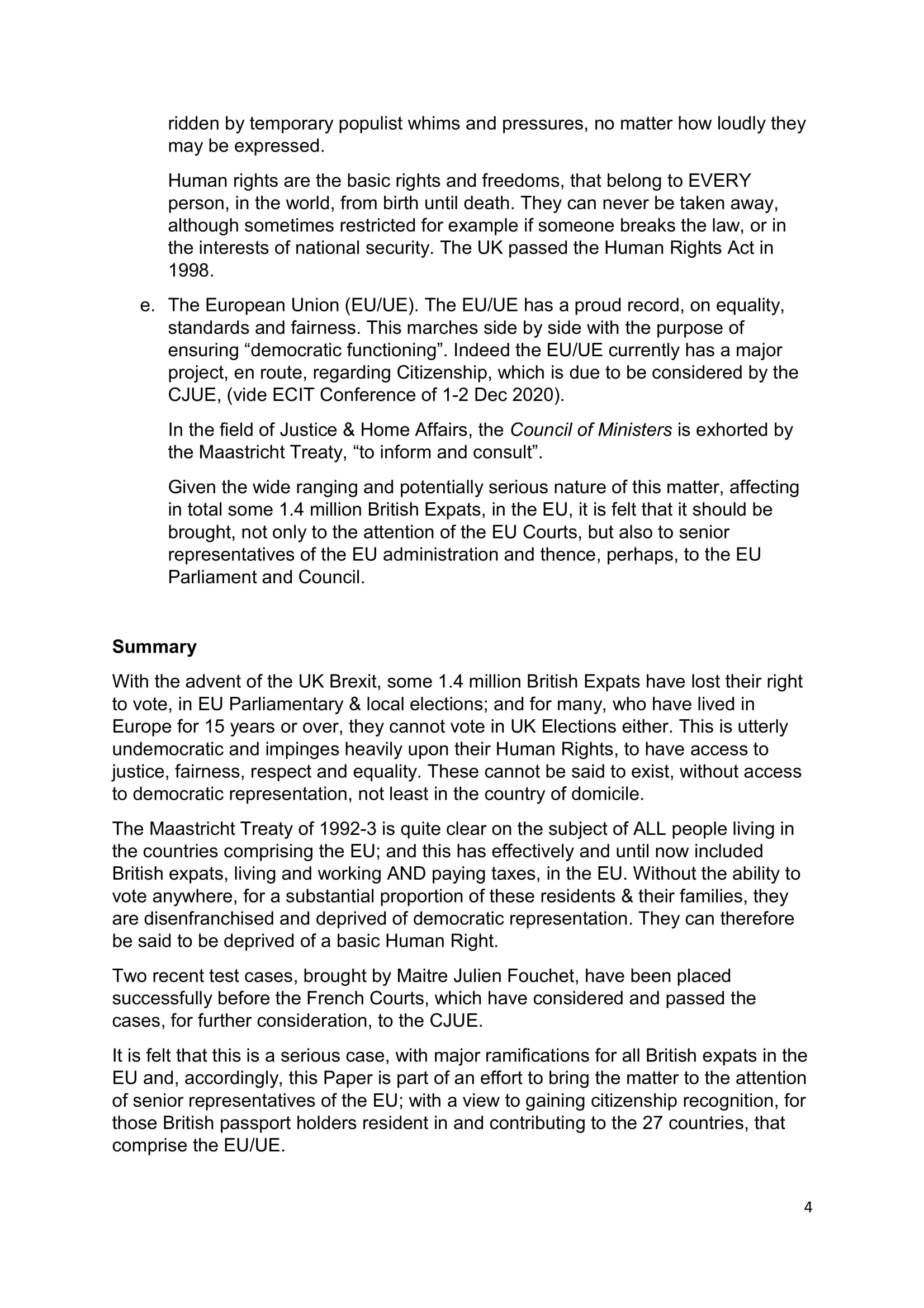 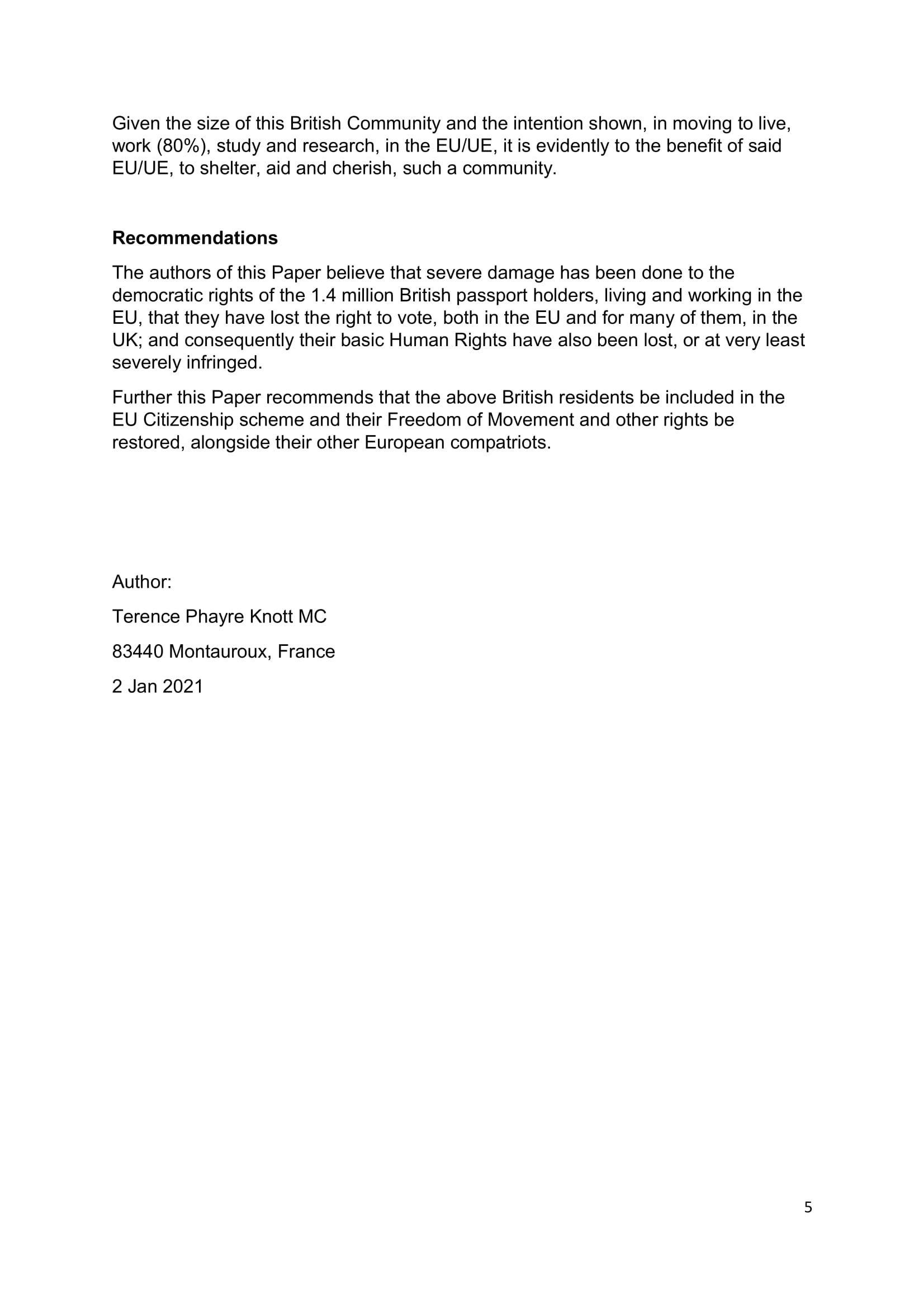 There have been cases before which have been unsuccesful, however, M Fouchet and Terry both believe that these cases stand a much better chance of success, now that Brexit has actually happened.

Below you can read both the testimony and a newspaper article submitted by one of the plaintiffs, Alice:

Here I am, a Citizen of the European Union whose rights and privileges have been stripped away from me without me being able to vote on the matter.

Who is it that dares to say that I no longer naturally belong where I have made my home in total legality? That I should need a ‘Carte de Sejour’ to confirm my duty to the state in which I live and work; when only yesterday I enjoyed full and fair rights and privileges?

My only privilege now is to pay my taxes; with what in return? Do I have freedom of movement to live and work in 27 countries? NO! Why not? Because people living in a country that saw my birth, 1000 miles away, and where I can no longer vote, who know nothing of my situation, have decided that ‘they’ are better off stripping ‘my’ rights away. What utter nonsense. How unfair is that?

The treaties demand that decisions on the welfare of European Citizens be taken as close as possible to the people concerned. Those people who voted in the referendum in 2016 live very far away from me. They have other preoccupations, such as fishing rights or sovereignty with gunboats to back up their arguments. Those arguments had nothing to do with my situation and yet I have been fully affected by them in a negative way. I have lost my only rights to vote anywhere as a consequence, as well as my Freedom of Movement. 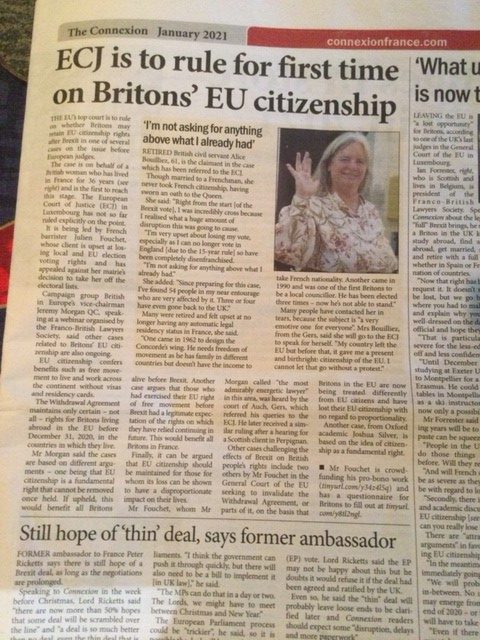 You can see from the documents below what information Terry and the team require, how your data will be handled securely and how to join the campaign. Obviously in Spain the document would be Residencia instead of Carte de Sejour.

If you would like to participate, please download the forms from here, complete and send them, along with the necessary supporting documents via email to

Should you have any queries, please email the team directly on the above address. Bremain would like to wish Terry and the team every success. 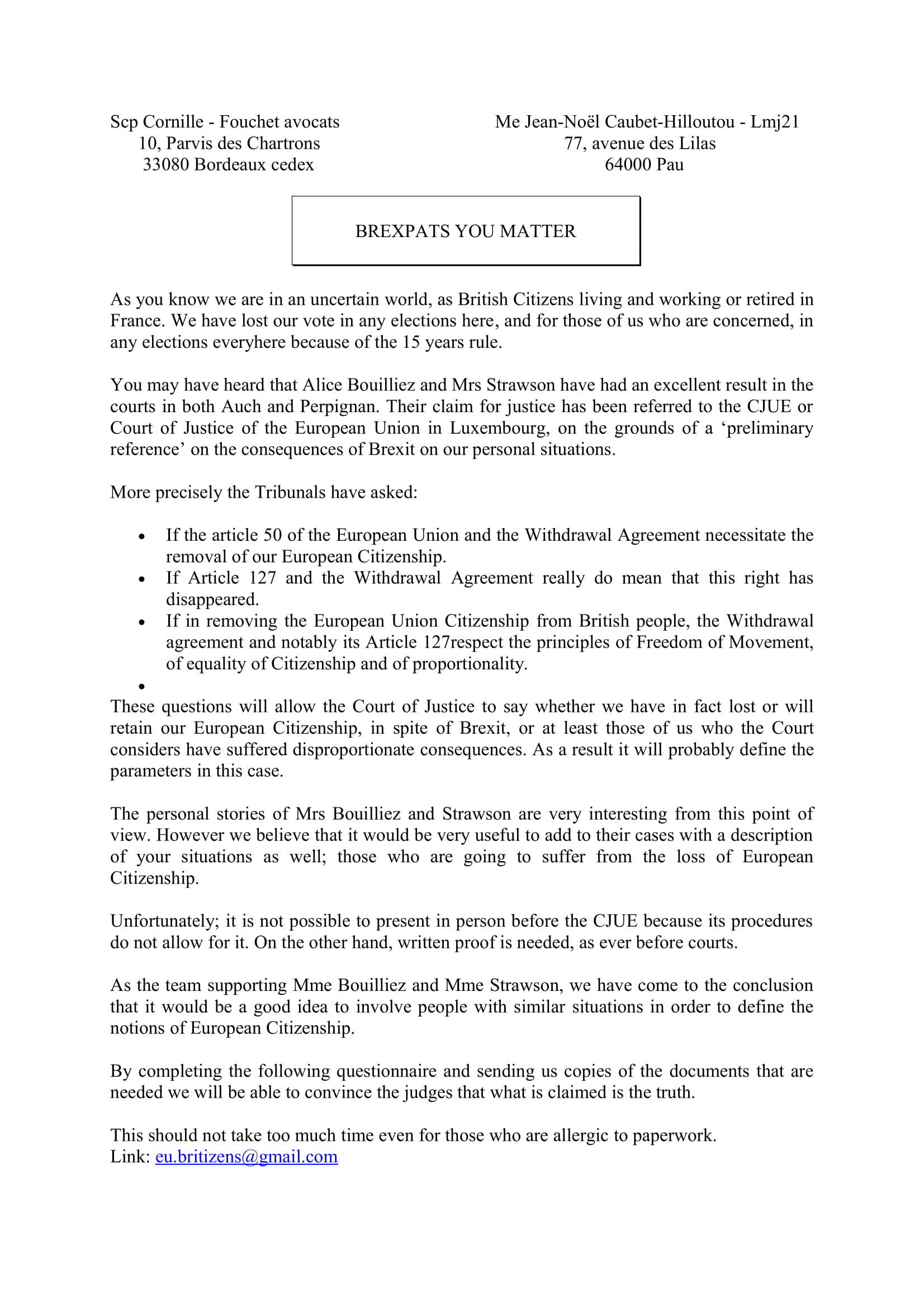 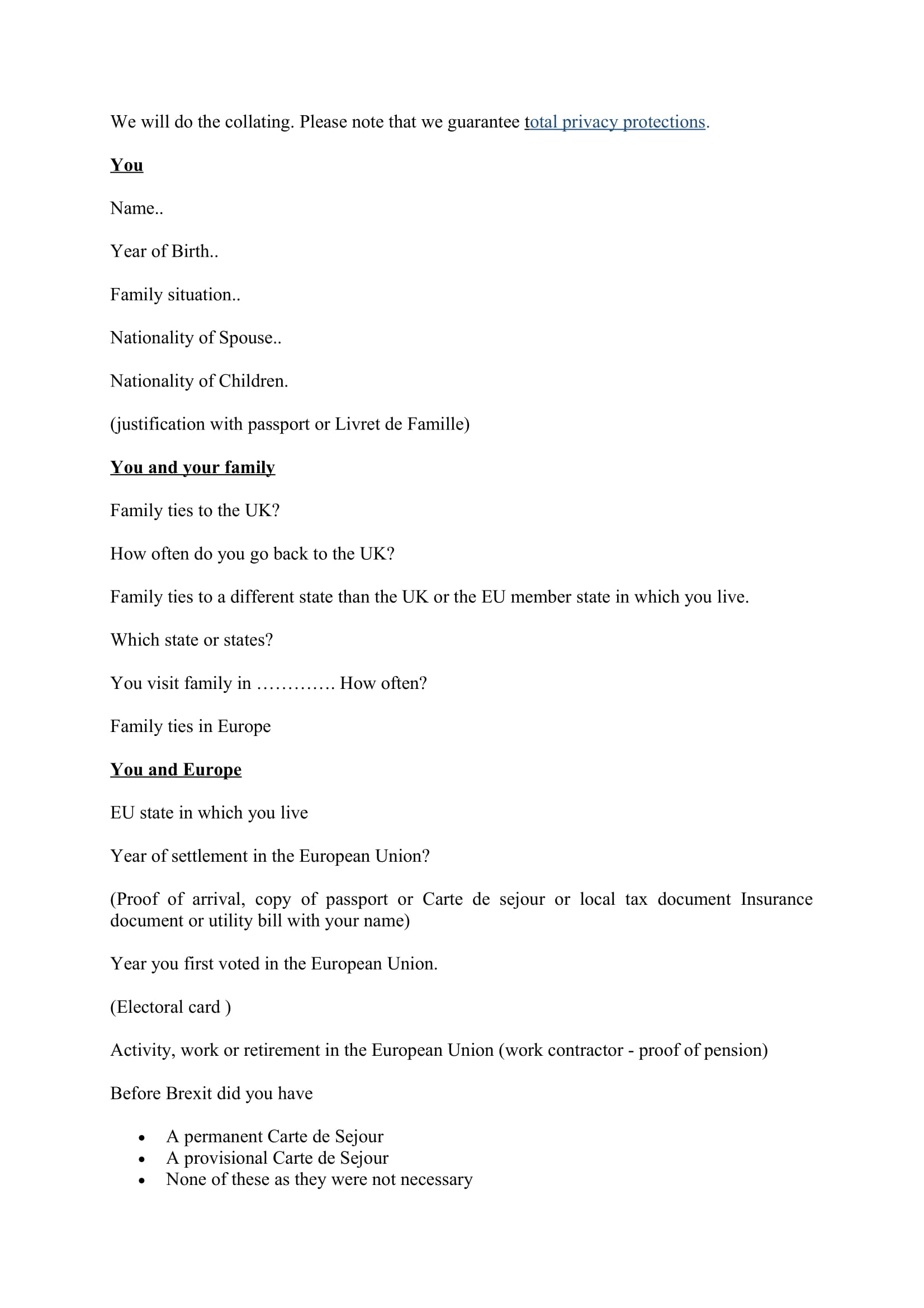 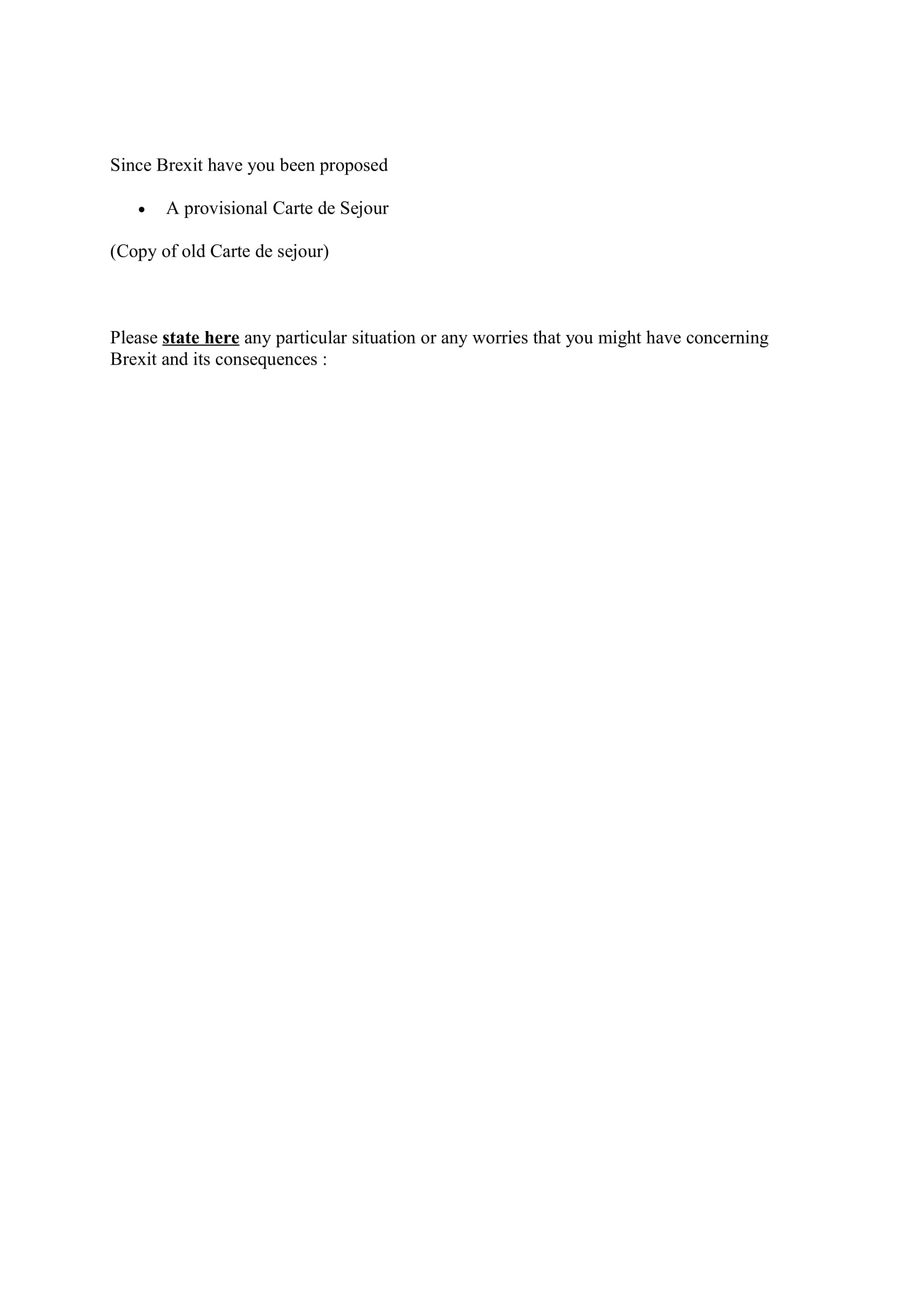