Jacob Rees-Mogg argues that with Brexit “the best is yet to come”! 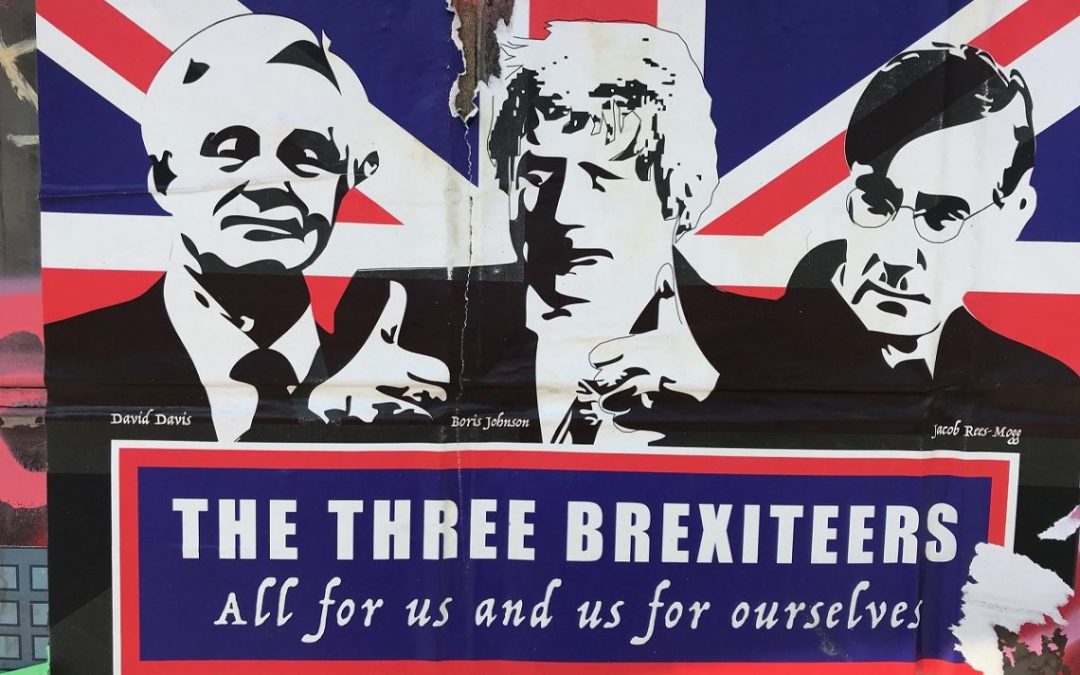 According to the Benefits of Brexit paper, “this is a hugely exciting time for our country, one filled with potential and opportunity”.

On Wednesday 20 April, the European Scrutiny Committee held an oral evidence session with Brexit opportunities minister Jacob Rees-Mogg, the subject of the meeting being ‘Regulating after Brexit’. The meeting aimed to question the minister on his new role, to consider the recent government paper ‘Benefits of Brexit’ and to discuss the Brexit freedoms bill.

Chair of the cross-party Commons committee, Sir William Cash, outlined the agenda and invited Rees-Mogg to comment about his new role. Rees-Mogg opened by explaining that his role was not the same as that previously held by Lord David Frost as he is only “focussing on the domestic side of it”. The Northern Ireland protocol and the trade and cooperation agreement now fall under the remit of the foreign secretary.

Rees-Mogg will be responsible for the forthcoming procurement bill, which he described as a “major opportunity to simplify the processes of procurement within the United Kingdom”. In addition, his responsibilities will include the Brexit opportunities bill, more formally known as the retained EU law bill.

Today, we took evidence from @Jacob_Rees_Mogg.

Rees-Mogg claimed that it was “widely accepted”, though he didn’t say by whom, “that the protocol is not working and needs reform”. Once the work of reforming the protocol is completed, he said, “the Brexit freedoms that I am proposing” would also apply to Northern Ireland.

Richard Drax (Conservative) said that on fulfilling Brexit, the idea had been to leave the EU “lock, stock and barrel”. He said the aim was “to be a completely free, independent country” that made its own rules. Drax asked Rees-Mogg if he agreed that the UK had yet to achieve this goal, adding that it wouldn’t do so “until this protocol is resolved”. He asked how much longer the country would go on “bartering and negotiating and prevaricating” with the EU.

Rees-Mogg responded by saying that the protocol was only signed by the UK “on the basis that it would be reformed”. He went on to say that the UK “was much more important than any agreement with have with any foreign power”. The minister did not want to be drawn any further, in light of the Stormont elections, but did confirm that the “wheels are in motion” to resolve the protocol issue. “Ultimately”, he added, “we can do what we want”. Not quite sure that the EU will see it that way.

UK signed NI protocol on the basis "it would be reformed". If EU doesn't reform it, we will, Rees Mogg warns.

"That is really imp to understand..A lot of commentary says, we signed it and therefore surely we should accept it lock stock and barrel. That's absolute nonsense" 1/2

The minister was questioned by Anne Marie Morris (Independent) regarding what freedoms the government had exploited since no longer being restricted by EU law. He could only give the example of the gene editing of plants. However, he professed that “the best is yet to come”. The Brexit freedoms bill – not yet available even in draft form, but expected this summer – will “provide the mechanism for updating, changing, removing retained EU law” much more quickly.

"The best is yet to come” on Brexit, says Jacob Rees-Mogg. pic.twitter.com/5bNyDk1964

It’s worth noting that despite many attempts to identify which of these EU laws they want to remove, the government has yet to come up with an answer, even pleading with businesses last year to help them out with ideas.

When asked to expand with examples of proactive measures taken, Rees-Mogg claimed that the UK’s policy on Ukraine would not have been possible as EU members. “If you want a monument of our freedom”, he continued, “it is the extraordinary leadership the prime minister has given over Ukraine”.

Whilst it’s true that the UK have acted quickly with military assistance for Ukraine, the treatment of Ukrainian refugees could hardly be described as leadership, by any measure. Where the EU have waived visas and are offering homes, jobs and support, our ‘leader’ is offering visa applications, a ‘monument’ of bureaucracy and endless delays.

Conservative Marco Longhi asked the minister which sectors were expected to benefit from regulatory freedoms and which would find divergence “more challenging”. Rees-Mogg said the sector that would benefit the “easiest” would be financial services, but that the most exciting areas were AI and GDPR.

He did not, however, name any sectors that would struggle with divergence – he merely said we must get away from the idea that because others are taking a certain path, then so should the UK. So, little comfort for the farmers, the fishermen, the musicians, the small businesses etc. that are struggling, if the Brexit minister cannot even acknowledge there are issues.

Rees-Mogg added, “I don’t care what the EU does anymore”, nor America, nor Singapore. All that matters is “what’s right for the UK”. Many would agree with that statement, but not with his or the government’s version of what that might look like.

When Longhi asked Rees-Mogg to identify legacy or policy changes that had been made possible by Brexit, the only example given was the forthcoming procurement bill. It seems that, despite all the supposed freedoms that Brexit has given the country, the government has been slow to take advantage of any so-called Brexit ‘opportunities’. Indeed, many of the opportunities and benefits already claimed have been pure fantasy.

Crain Mackinlay (Conservative) asked the minister about his personal priorities. Rees-Mogg replied that in order to deal with the cost-of-living crisis, “our real opportunity” was to come from “reforming and removing EU regulation”. The aim was to “make the economy more efficient and to lower costs” – sometime in the future, presumably.

With all the questions asked of the minister coming from Conservative or Independent MPs, and none from Labour or the SNP, Rees-Mogg was never really challenged. Despite no tough questions, he still managed to avoid providing any significant responses regarding government actions minus the supposed cumbersome constraints of EU legislation.

According to the Benefits of Brexit paper, “this is a hugely exciting time for our country, one filled with potential and opportunity”. There’s as much truth in that statement as in the chair’s closing comment that this meeting was “very interesting”.

Just as well I wasn’t expecting to be surprised with a list of formerly unreported Brexit benefits. Instead, what I heard was more meaningless promises of future gravy, rather like Brexit itself. Thank goodness the “best is yet to come” – in about 50 years’ time, I understand.