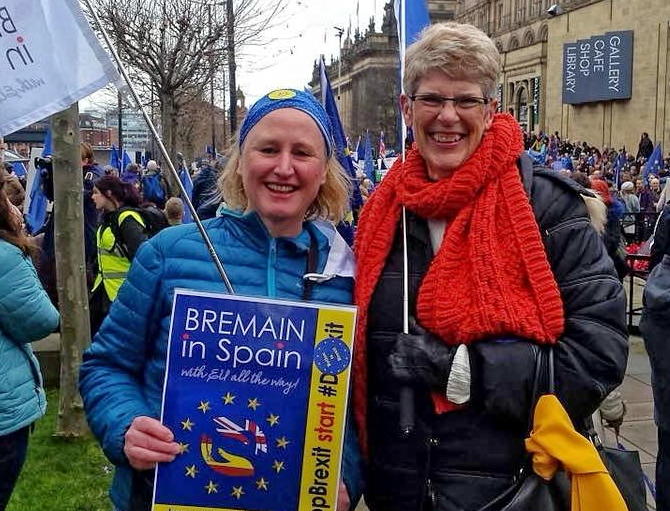 Thousands took to the streets of Leeds for The Great Northern March to coincide with the one year anniversary of the triggering of Article 50 on Saturday 24th March 2018.

The #StopBrexit march, which set off from the Art Gallery in Victoria Gardens, was organised by Leeds for Europe and supported by Peter French and his team – organisers of the excellent Stop Brexit march in Manchester on 1 October last year and the massive Unite for Europe march in London in March 2017. 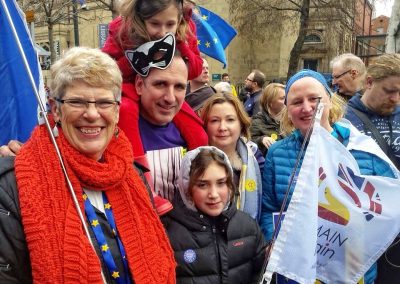 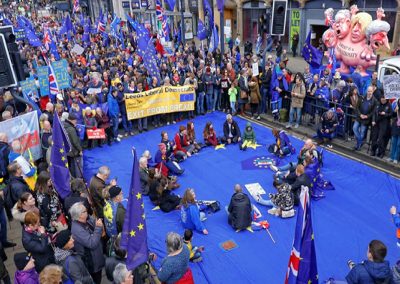 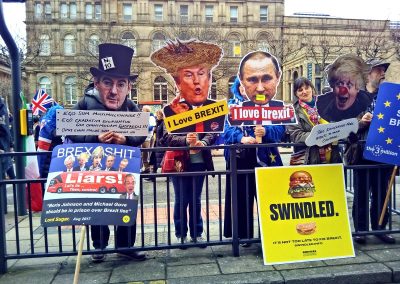 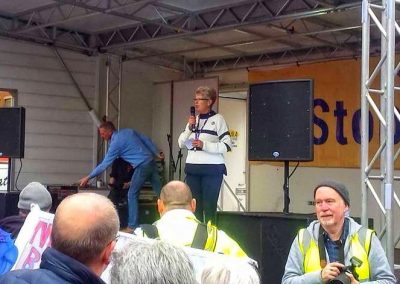 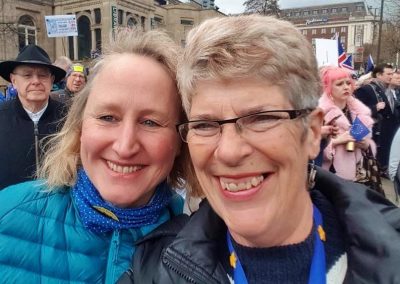 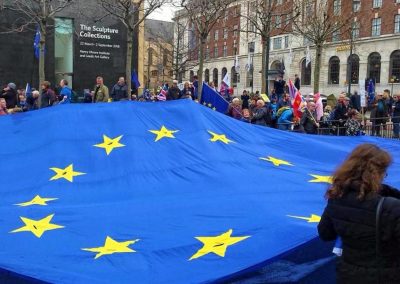 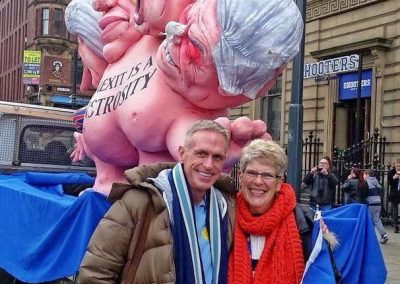 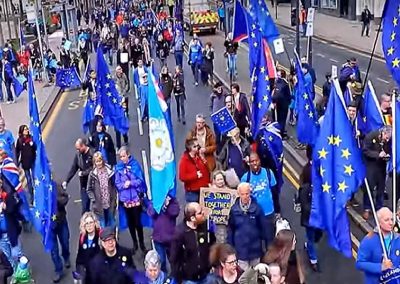 SUE WILSON – Our own chair of Bremain in Spain, as well as a steering committee member of British in Europe.  She is passionate about fighting Brexit and protecting citizens rights, maintaining Freedom of Movement and many other political, economic and social rights that the EU grants to the citizens of its member states. Sue is well-known for her tireless work in defending the interests of the community she represents. 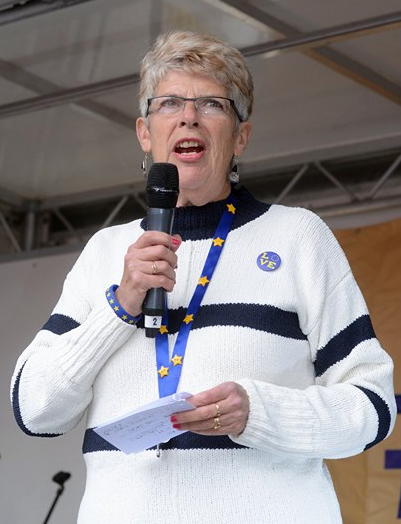 JONATHAN BARTLEY – CO-LEADER OF THE GREEN PARTY OF ENGLAND AND WALES: Elected as joint Leader of the Green Party, alongside Caroline Lucas MP, in September 2016, Jonathan Bartley has a track record of being very vocal about his concerns over Brexit from a wide range of angles. Seeing beyond the illusion of it being a matter of foreign policy and sovereignty, he has joined others in pointing out that it is a direct attack on civil rights, workers rights and environmental protection.

LORD ADONIS: Andrew Adonis is one of the most outspoken critics of Brexit, which he famously described as a “dangerous, populist and nationalist spasm worthy of Donald Trump” and just a “big mistake”.  He is also known for his strong opposition to the EU Withdrawal Bill, which is due to end its journey through parliament around the time of the march, referring to it as “the worst legislation of my lifetime”.  He has in recent times been a relentless campaigner against Brexit.

ELOISE TODD: Eloise became the Chief Executive Officer of anti-Brexit campaign organisation, Best for Britain in January 2016.  Originally from East Yorkshire, having been born just outside Hull, she is highly concerned that her home turf will be among the places where the impact of Brexit will be felt the hardest.

PROFESSOR AC GRAYLING: Another utterly tireless and determined campaigner against Brexit, Anthony Grayling is well known to us in Leeds for Europe, having addressed an enthralled audience at our public meeting in May 2017.  We are delighted to welcome him back to Leeds.  He has written a number of books, the latest being “Democracy and Its Crisis”.

JOAN PONS LAPLANA: is a healthcare professional from Spain, who has dedicated himself to the NHS for over 17 years.  His  passionate appearances at numerous rallies over the past one and a half years have turned him into one of the most prominent spokesmen for EU citizens in the UK who readily identify with his experiences.

ELENA REMIGI: Elena is the founder and director of the Our Brexit Testimonies group and a co-editor of the book “In Limbo: Brexit Testimonies from EU Citizens in the UK”.  Since the book was published in June 2017, she has toured the country, speaking at workshops, protests and other events,  including an appearance at the Stop Brexit Manchester march at the Conservative Party Conference in October 2017 alongside her co-author Veronique Martin.

OFOC! (Our Future, Our Choice): Femi Oluwole, Lara Spirit, Will Dry, and Calum Millbank-Murphy spoke for the generation that will be most adversely affected by Brexit. .OFOC now has over a hundred leaders at universities across the UK, together with others mobilising young people in work, at school or in training to campaign against Brexit.

TOM BRUFFATO: Elected as Chair of Britain for Europe in February 2017. Unlike many political campaign and pressure groups, Britain for Europe is unique in being driven by its grassroots members, and steered by an elected council, and is not run from the top-down by a national executive.

LORD WALLACE OF SALTAIRE : In 1997 Wallace became a member of the Select Committee on the European Communities and Chairman of the Sub-Committee on Justice and Home Affairs 1997-2000. In 2001 he became the Liberal Democrats’ main frontbench spokesperson in the House of Lords on Foreign Affairs and in November 2004 was elected joint Deputy Leader of the Liberal Democrat Peers.

Video covering the full march including speeches. If you would like to hear Sue Wilson’s speech please start at 1:39.11

Short video of the march with a strong anti-Brexit message in the commentary.

And more from Bremain participating in other marches around the UK 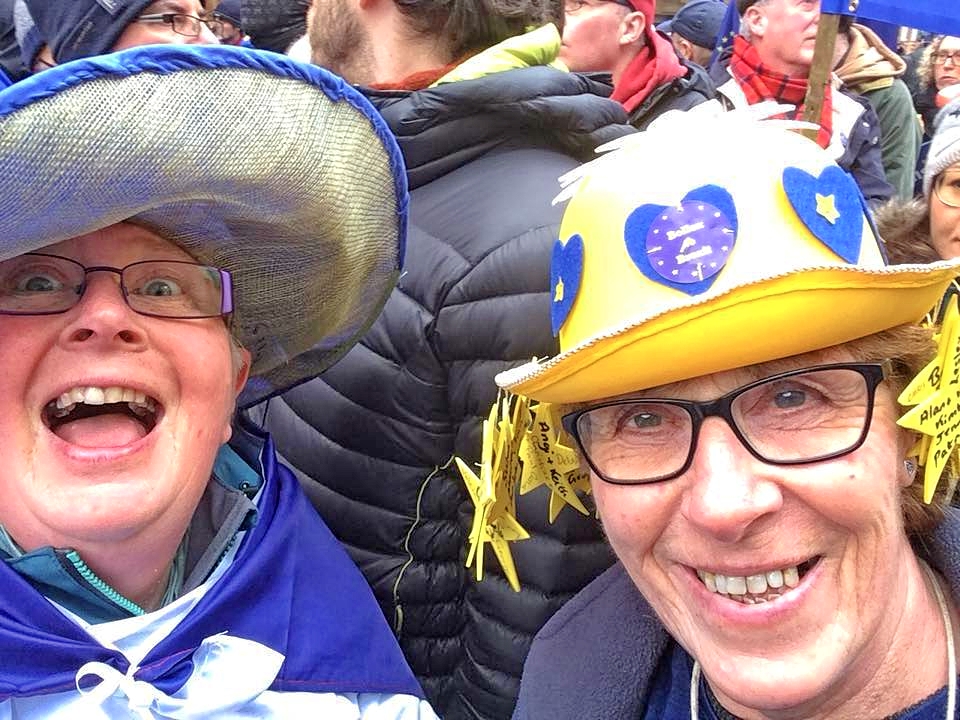 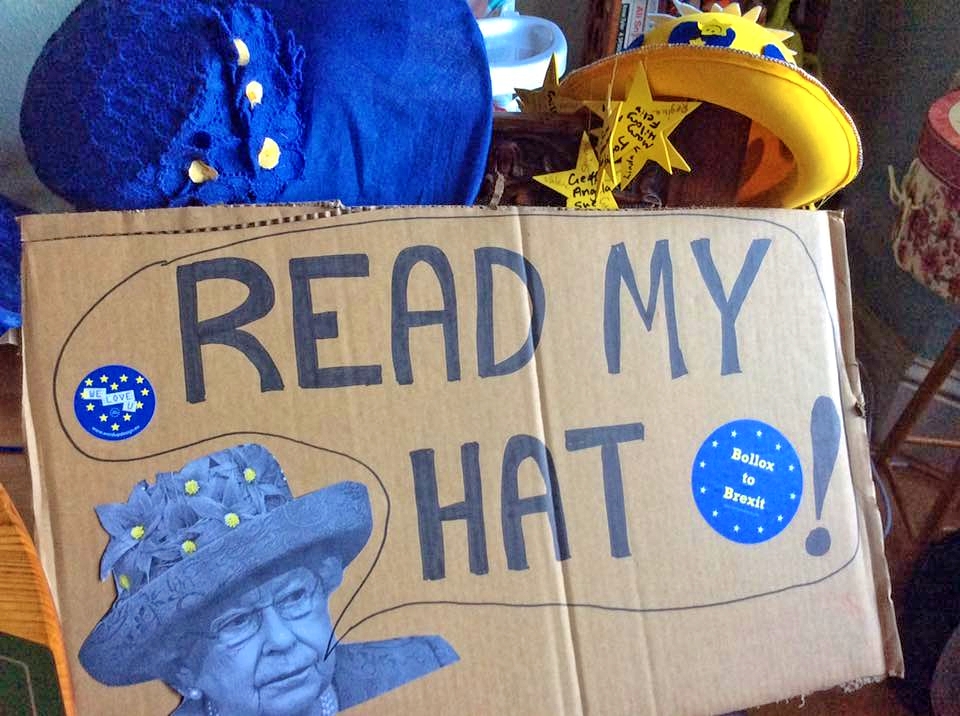 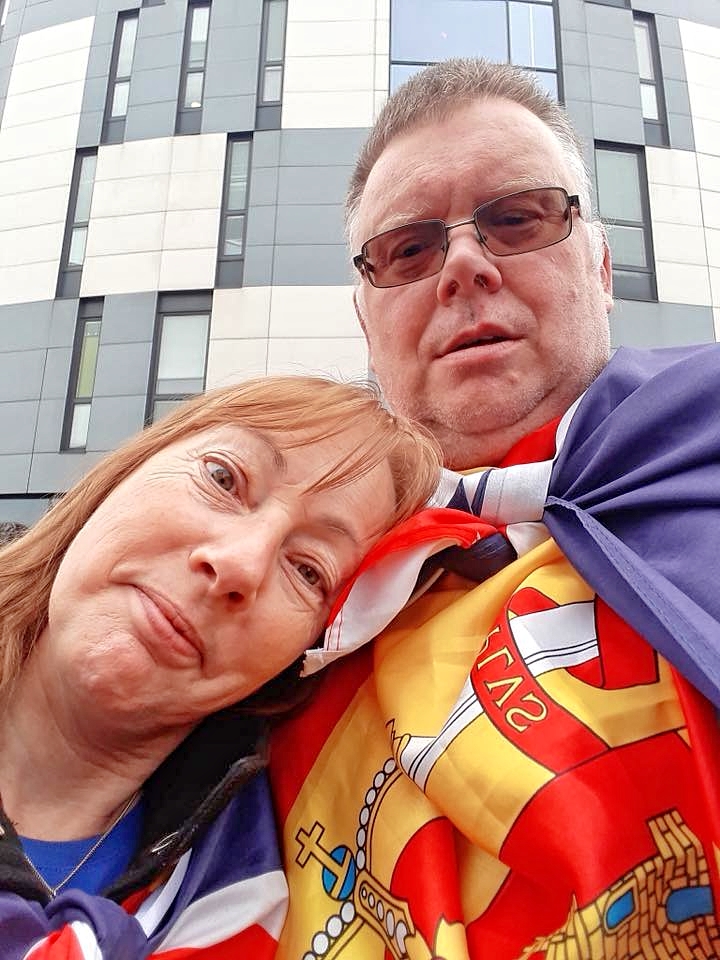 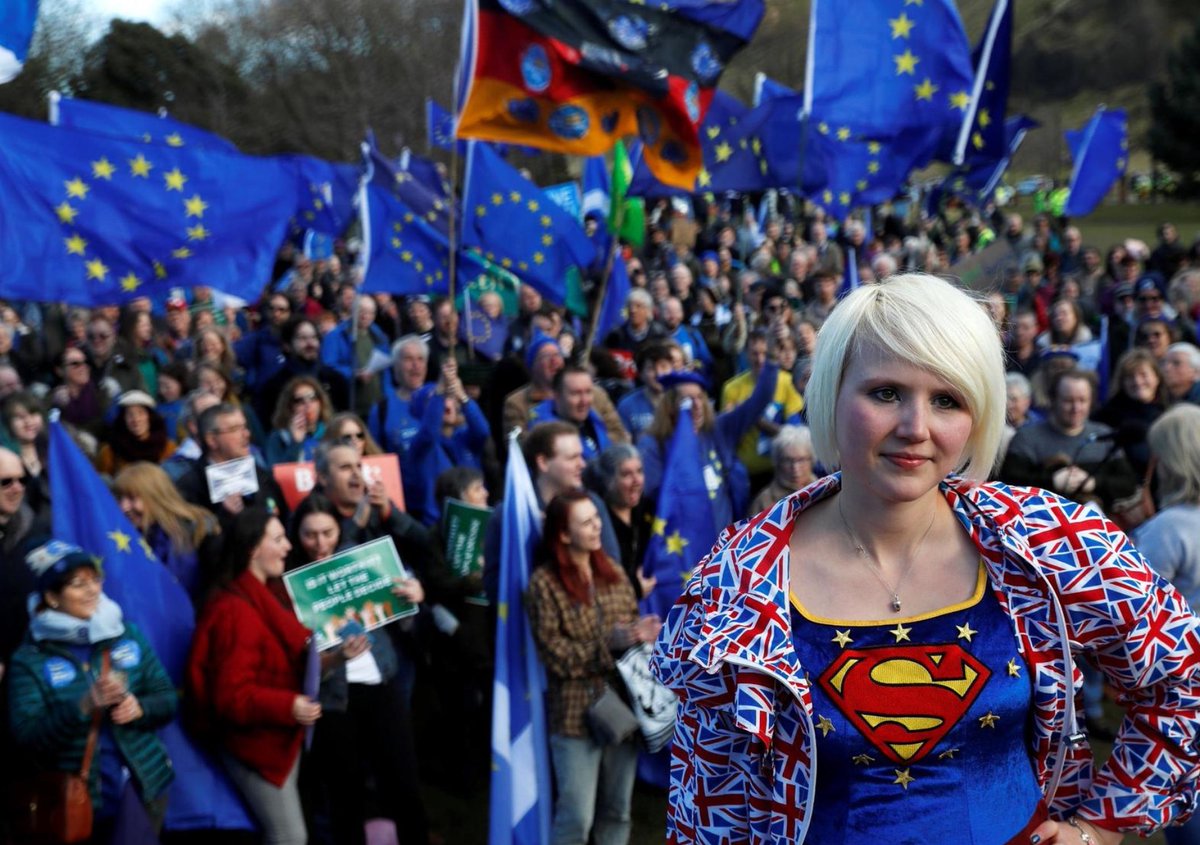