Why Do We Need A People’s Vote? 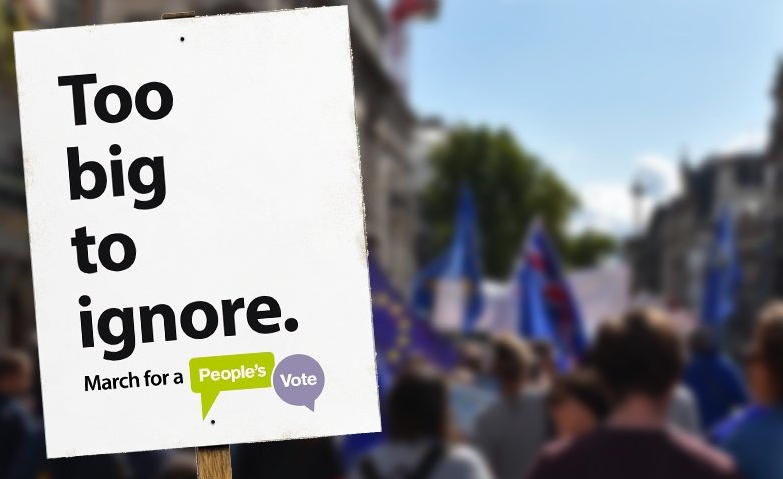 Suppose for a moment you buy airline tickets to a holiday destination. It might not be where you want to go but, hey, the kids want it. Suppose that circumstances change, an illness, a cancellation or a delay. You call the airline. They flat out refuse to accommodate. Best they can do is change the date.

How would that make you feel?

In the real world, this is happening on a much larger scale. Are you happy with the way Brexit negotiations are going, and don’t you want to have a say?

That’s what a ‘People’s Vote’ is all about – you having your say. In 2016, the British public voted to leave the European Union by 52 to 48 percent. They made a binary choice to leave, or to remain, within the European Union. Since that time, consequences have been felt and predictions indulged.

But no one knows what will happen next. What we know is that the UK Government and the Official Opposition refuse to let the British public have a say on any proposed ‘final’ deal between Britain and the European Union.

And ‘finality’ is key. Referendums may be about binary choices, but they must be followed-up with honest reflection. Circumstances change, precisely why they’re not legally binding in the United Kingdom. It is a misnomer to say that the British public has lost their right to change their minds. They haven’t, but the politicians need to be reminded.

If democracy was respected in 2016, it should be respected again in 2018. Bremain in Spain, campaign groups and a plethora of cross-party support up and down the country are demanding that voters be allowed to give their verdict on any deal put forward by the UK Government on how to work with Europe.

Since 2016 politicians have been hammering out negotiations with no clear trajectory. Compromises will be reached. Concessions will be made. No singular soul or party or household will agree with everything.

A people’s vote isn’t about re-running old debates. It’s not about ‘Brexiteering’ or ‘Remoaning’. A people’s vote is about enshrining the biggest, constitutional shake-up in modern times with the faith of the people.

Bremain in Spain members from across Spain and beyond today joined the march for a People’s Vote.