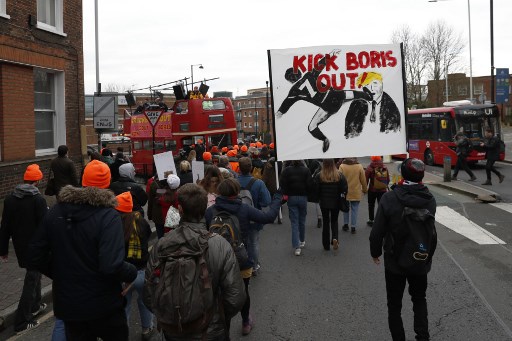 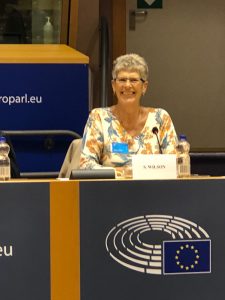 Thanks to Brexit, I’ve recently taken more interest in British politics than in the political situation here in Spain. I’ve focused on the forthcoming British election, rather than on the Spanish one, although both have come around rather quickly!

It could be argued that the general election in Spain will affect the lives of British migrants more than the British general election. For many British citizens in Spain who are younger and working, that’s probably true. They pay into the Spanish system, are entitled to Spanish healthcare, and will have Spanish state pensions. They may have Spanish spouses and family. Their kids probably speak Spanish first, English second, and will be completely integrated into Spanish society. Meanwhile, many Leave voters in the UK tell me that I voted with my feet – by moving to Spain – and, therefore, I should have no further say in British politics.

As a retired Brit relying on a state pension from the UK, I feel more in the hands of the British government than the Spanish one. The British government pays for my healthcare and determines the value of my pension and whether it will continue to increase annually. Since the June 2016 referendum, Brexit has determined the value of my monthly income, because all the political twists and turns have daily affected the Pound to Euro exchange rate.

Another personal factor is that I can still vote in the imminent British election – although possibly for the last time. In Spain, I can’t vote for the national government because all Brits here are disenfranchised from doing so. Sadly, many of us are disenfranchised from voting for any national government, thanks to broken promises by the Conservative government about restoring Votes for Life.

While I was being distracted by Brexit, last week’s Spanish election rather snuck up on me. For some time, Spanish politics has existed in a state of upheaval. Unsurprisingly, with so many problems at home, the Spanish public and media have only taken a passing interest in British politics and Brexit.

Following the recent Spanish election result, we can see light at the end of the political tunnel here. The rise of the far-right – not just in Spain but across Europe – has been an ongoing concern. Many people thought that recent events in Catalonia would see the Vox party increasing in popularity and power.

While Vox did increase its share of the vote, becoming the third largest force in congress with 52 seats, the actual result was that Spain now has a left-wing coalition government. Prime Minister Pedro Sanchez achieved a governing alliance between the Socialist Party and Unidas Podemos within hours of the election – a seemingly impossible feat. With 155 seats between them, PSOE/Podemos still need the endorsement of other parties. However, there’s hope that Spanish politics can finally move forwards and spare the country yet another election.

The EU welcomed the news from Spain “with much more relief than concern”. The rise of the far-right has worried the EU for some time. Yet, despite Vox rising in popularity, Spain now has one of the most left-wing governments in Europe.

We’re right to be concerned about the growth of nationalist and far-right groups, both in the UK and Spain. Nevertheless, the outcome of the Spanish election proves that the right gaining support doesn’t necessarily lead to a more right-wing government.

Back in the UK, the Brexit Party may gain further support from the British public on December 12th, but this doesn’t guarantee it a single seat in the next parliament. With the British ‘first past the post’ electoral system, support does not necessarily translate into power.

The result of the forthcoming British election is proving almost impossible to predict, with many voters determined not to vote along normal party lines, putting Brexit ahead of more usual political concerns. If all goes well, the outcome will end the rule of the most right-wing British government I’ve seen since I’ve been old enough to vote.

Let’s hope the new British government can learn lessons from Spain and work cross-party to form a coalition for the benefit of the nation. If that happens, perhaps we can avoid further elections for a few years – in Spain and Britain.