Sue Wilson Writes: New poll shows the people must get another say on Brexit 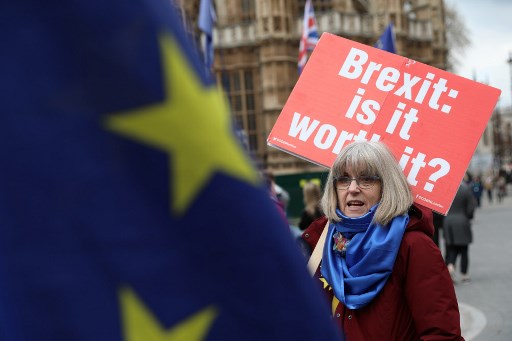 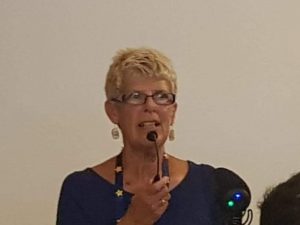 For the last three years, politicians of all variations have been telling us what the British public wants, and what we voted for back in June 2016.

I’ve no idea how they can possibly know what we want, when they still can’t tell us how Brexit will look and are terrified of repeating the important question, in a second referendum.

In the case of remain voters, the UK government is probably correct in assuming that we did know what we wanted. We chose the status quo and voted to keep the benefits and rights we enjoy as EU citizens, even if we didn’t fully appreciate what we might lose.

It’s another matter when the government and pro-Brexit politicians claim to have had magic vision that enabled them to see into the minds of leave voters three years ago. All these voters elected to leave the EU, but the types of Brexit they envisaged were varied, from the softest Brexit (“you’ll barely notice the difference”), to the hardest WTO-terms Brexit. Did anyone even know what a soft or hard Brexit was at that stage? We were simply told it would be the easiest deal in history, and that Britain would enjoy a glorious future.

It is noticeable that many politicians, including Conservative party leadership candidates, have stopped repeating the well-worn mantras of 2016. Leave campaigners, such as Nigel Farage and MEP Daniel Hannan, stated back then that Brexit didn’t mean leaving the single market. Farage now sings a different song and is advocating the most damaging of Brexits – leaving with no deal at all.

Regardless of how leave voters pictured Brexit, they won’t all have the same vision now. Today, we know considerably more about what type of Brexit is possible and the implications for the British economy and citizens. Even with that knowledge, nothing is certain, with parliament failing to agree on the best way forward.

Amid the uncertainty, and the fear and anxiety experienced by Brits living in the EU, it’s important to consider how we feel now. We mustn’t make the same mistake as the British government and believe that one snapshot in time is the only moment worth considering.

On Friday 7th June, the results of an extensive new Brexit survey were published by YouGov. Many polls have aimed to establish if the British public has changed its mind, and whether the vote would go the same way in a second referendum.

The new survey sought to look deeper by examining respondents’ first, second and last choices and the strength of their opinions on each option. Previous assumptions, regardless of the type of Brexit, were that leave supporters wanted out of the EU more than remain supporters wanted to stay. According to this survey, the opposite is true.

Participants were given a choice between the Withdrawal Agreement (Theresa May’s negotiated deal), a softer Brexit, a no-deal Brexit, or staying in the EU. Each respondent listed the options in order of preference and weighted each one depending on whether they preferred it “a bit”, “a fair amount” or “a lot” more than other options. This weighting was an important factor in accurately gauging levels of support for the options, and to establish that a second-choice compromise would likely displease both sides equally.

The analysis revealed that the majority of remainers would prefer staying in the EU significantly more than any other option and would, therefore, be unhappy with any other outcome. Leavers showed a strong first preference for exiting the EU, although with varied first choices. Many felt so negatively about any other Brexit option that 24% said they would prefer to remain than see their second choice implemented.

So, whichever Brexit course of action the government might choose, as well as making remain voters unhappy, it would upset many leave voters too.

It has been a while since we heard the over-used phrase, “the will of the people”, to justify a course of action that would please hardly anyone. The next resident of No. 10 would be well advised to listen to what the country is now saying or find their reign as Prime Minister the shortest in history.

If they are unsure what the country now wants, they really need to put the question back to the British people!