Sue Wilson Writes: British citizens living in limbo over Brexit have finally had their patience rewarded 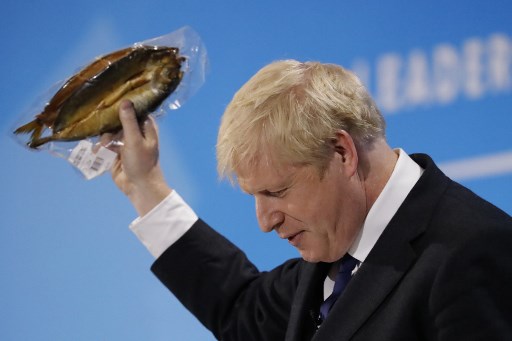 Over recent weeks, many British citizens living in Spain, who are worried about Brexit, have been increasingly concerned about political events in the UK.

With the two Conservative leadership candidates, Jeremy Hunt and Boris Johnson, hyping their no-deal Brexit rhetoric to the max, and the media over-playing a whole host of no-deal scenarios, it’s no surprise that many have been losing sleep.

However, the events of last week saw a significant change in our collective mood. The tide has finally turned.

It was a busy week in both Westminster and Brussels, with the appointment of the new President of the European Commission, Theresa May’s last speech as Prime Minister, and the last of the Tory leadership contest hustings.

The Office for Budget Responsibility released its latest, damning report, stating that the UK risks a ‘full-blown’ recession with a no-deal Brexit. Meanwhile, Chancellor Phillip Hammond admitted to being “terrified” by Brexiter claims concerning a no-deal Brexit boost to the economy.

Then there was a revealing expose screened by BBC Panorama, ‘Britain’s Brexit Crisis’, that suggested even the Beeb is experiencing a change of mood and tone, perhaps finally feeling it might have backed the wrong horse.

However, the most significant of last week’s events was Thursday’s vote by the House of Commons, to prevent the new British prime minister from proroguing parliament.

The day before, a House of Lords amendment to the Northern Ireland bill had passed by a significant majority. The amendment called for parliament to regularly report on its progress with regard to the forming of an executive in Stormont. A similar amendment had recently been defeated in the House of Commons, but the Lords were determined to prevent the new PM from shutting down parliament ahead of the October 31st Brexit deadline. If the Lords amendment proved successful, this would allow the House of Commons a second bite of the cherry.

The vote in the Commons was widely expected to be a close call, with speculation that some Conservative ministers might rebel against the government. When the result emerged, showing a significant defeat for Theresa May, despite a 3-line whip, the change in mood from Bremain members was palpable.

For many months, British citizens living in limbo over Brexit have been hoping for MPs – especially Conservatives – to stand up and be counted. On Thursday our patience was finally rewarded. Not only did 30 Conservative MPs defy the whip and abstain – including Chancellor Hammond and cabinet ministers, David Gauke, Greg Clarke and Rory Stewart – but 17 Conservatives voted in favour of Hilary Benn and Alastair Burt’s amendment.

Even the Brits amongst us who had resigned themselves to a hard Brexit have since expressed feelings of hope. The scale of the government’s defeat was seen as highly significant and a victory for common sense. Although many long ago abandoned the idea of parliament coming to our rescue, many Brits now believe a new way forward is possible.

Unsurprisingly, Brexiters were outraged by the result, accusing their colleagues of a betrayal of the British public and the referendum result. Without a hint of irony, they complained that MPs had voted to ensure the retention of parliamentary sovereignty – a key demand of their own Leave campaign!

While the success of the amendment doesn’t prevent a no-deal Brexit, it does make it more difficult. Yet again, it proves that there is no majority in parliament for a damaging no-deal Brexit.

For many Conservative rebels, this was the first time they had ever voted against their own government. One minister, Margot James, even resigned in order to do so. Further resignations are anticipated next week, if Boris Johnson becomes the new leader, as expected.

Having crossed the line, and voted against the wishes of the government, Conservative MPs will in future find it easier to oppose the extreme Brexit plans favoured by Johnson, the Brexiters and Conservative party members. As one first-time rebel MP said, they might even get a taste for it!

We have long hoped and prayed for MPs to put country before party. Many have a long way to go, but the tide has turned.

After the success of his amendment, Hilary Benn said that the House of Commons had sent a message to the new prime minister. He commented: “If you think you can lock the doors of the chamber and expect us all to go away until October 31st has come and gone, well it isn’t going to happen. The public would expect us to be here doing our job, and that is what we intend to do.”

Brits throughout Europe are grateful to those who stood up to be counted. We now hope that parliament really can “take back control”. That’s what we voted for, apparently!

Taken from The Local