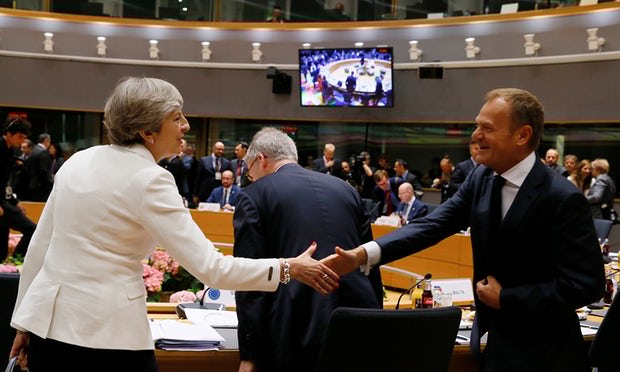 Representatives of EU citizens in Britain have branded Theresa May’s offer to guarantee their rights to remain in the country after Brexit pathetic and anything but “fair and serious”.

A group representing Britons in Europe as well as EU citizens in the UK will meet officials in the Department for Exiting the European Union on Friday morning to tell them of their anger with the prime minister’s “spin” on the issue when she spoke at a dinner in Brussels.

May made what she described as a “fair and generous” offer after a meal at the European council summit on Thursday.

But it was met with fury by EU citizens who say it increases rather than eases anxiety, particularly because, they claim, it is cast in the “language of immigration law” rather than existing EU law.