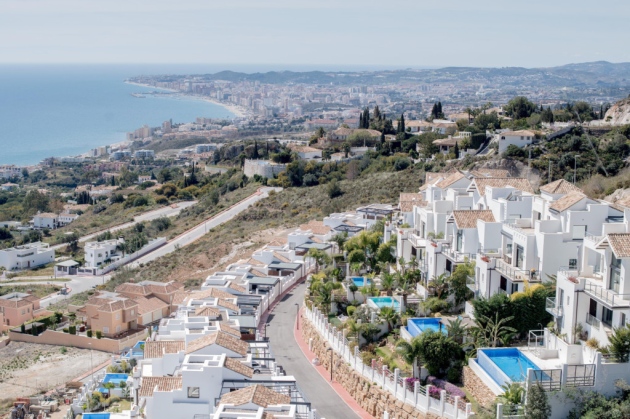 It is a typically tranquil winter afternoon at the Chambao de Vicente restaurant.

Its rustic terrace spills out onto the golden sands of the Playa La Herradura, a beach running parallel to the small Spanish Costa del Sol town of the same name.

The clientele is a mix of both immigrants – British, Germans and Swedes – and Spaniards, their jovial laughter perforating the sound of the nearby rolling waves.

Yet, once lunch has been cleared, the sleepy restaurant wakes with a jolt as a group of British diners gathers to unfurl a European Union flag.

“We want to stay with you!” whoops one woman.  “Yes,” exclaims another, “Bollocks to Brexit!”

The good-natured gang are received well by other patrons, many of whom rush over to be photographed with the Brits.

The group are members of Bremain in Spain, an organisation set up in the wake of the Brexit referendum in June 2016.

Bremain in Spain not only campaigns for the UK to Remain but also lobbies British, Spanish and EU politicians to protect the rights of British immigrants in Spain.

Membership of the group has swollen over the last few months to include more than 5,000 activists with the increase attributed to concerns that Brits in Spain have been all but forgotten by Theresa May. A number of other worried groups exist across the country.

Just the day before the lunch in La Herradura, the Brexpats in Spain organisation held two public meetings in the towns of Benalmadena and Mijas.

“We had two informative public talks on the coast, both attended by more than 200 worried Brits,” explains Sharon Hitchcock, a volunteer for Brexpats in Spain.

“During our meetings we have found that there are a lot of confused people who are finding the whole process quite overwhelming.”

More Brits call Spain home than any other country in the EU27 – 310,000, although this figure is thought to be as low as a third of the actual number, with temporary residents, dual nationals and those not registering with the Spanish authorities making up the rest.

Read the full article in The New European