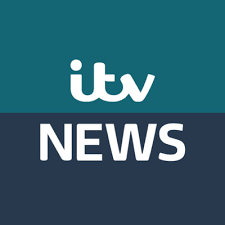 On November 26 2019, ITV News Europe Editor, James Mates, came to Nerja and Malaga to interview Bremainers Frances Gillard, David Fenton, Tamara Essex, Judy Farrar, Michael Soffe and Bremain Vice Chair John Moffett. Not everyone made the edit for the News at Ten bulletin but we really appreciate them all taking part.

The full article by James can be accessed here – ITV News

Many thanks to James Mates, Natalie Wright producer, Dan the cameraman and everyone at ITV News for helping to highlight some of the issues facing British citizens in the run up to GE19. Thanks also go to Emilio Mojon Marquez, Hotel Manager, and the team at the Parador de Nerja for allowing us to film in their beautiful gardens – Parador de Nerja

Here’s the background to the story from Bremain Vice Chair John Moffett:

‘On a regular basis, we get requests from journalists from around the globe – but it’s always something special when one of the UK’s main broadcasters gets in touch with us at Bremain. On Monday morning, there I was in a Mercadona car park in Nerja planning to go shopping when I decided to check my e-mail and noticed that there was an urgent request from ITV News for candidates in the Málaga area for an interview on Tuesday or Wednesday. I messaged Sue and within minutes she had posted in both the Málaga and Southern Spain Bremain regional groups.

They specifically wanted a Bremain spokesperson to talk about tactical voting so, once I got home, I replied to say that I would be happy to do it. Sue has always done the vast majority of TV interviews, but as they were in my area it was time for me to step up, despite my nerves. By mid afternoon we had a good handful of willing volunteers and we were just waiting to hear back from ITV News. It turned out that they were en route from London and the reply we received was that they thought they had enough people lined up so we stood down our volunteers. However, they still wanted to interview me.

As has happened regularly, things can go pear shaped at the last minute, so I was expecting them to cancel. Nevertheless, I made suggestions about a time and place and waited for them to reply. At 11:30 p.m. Monday night, I gave up and turned the light off, expecting the interview to be called off, but by the time I woke at 7:15 a.m. the next day, ITV News had confirmed – and this time said it was OK for others to come along, too. Lying in bed I quickly tagged our volunteers to see if they could make it at such short notice and I was thrilled when some changed plans to be there.

We met in Nerja at the Balcón de Europa hotel café – Frances Gillard, Barbara Hartley, Candace Edwards, David Fenton and me. We were having coffee when a familiar face popped into view hiding behind dark glasses in the hope we wouldn’t spot her… it was the Bremain Lobby Group’s star Ruth Woodhouse, who had really come along to offer moral support. Before long, the ITV News team messaged me to say that they were there and I went to meet them: James Mates, ITV News Europe Editor, Natalie Wright, Producer, and Dan the cameraman. As well as being much taller than I had imagined, James was charming and also very knowledgeable. He was able to name the previous MPs from our constituencies. We all sat and had a coffee while Dan set up shop, but the parakeets and noise from adjacent building work proved too much for our location.

Off we walked along Calle Carabeo to another viewing spot where some filming took place, only to be halted again when workmen started digging up pavements nearby. David and Candace had the great idea of using the Parador de Nerja resort, so David and I headed off to ask permission. We bypassed the queue at reception and the waiter in the garden café said it was OK – so back to get the others. However, we’d just got started when suddenly there was a man waving his arms at us, saying that we couldn’t film without permission. He was the hotel manager who had just come on duty, so our timing couldn’t have been worse! He asked what we were filming and David and I explained but he said that because it was a state owned property, we had to e-mail him with details of the participants, which news outlet and why. He said that he would contact HQ and normally got permission within minutes so I started typing!

The ITV crew had other appointments planned – including Tamara Essex, Judy Farrar and Michael Soffe, who had been contacted independent of Bremain – so time was of the essence. But, true to his word, the manager, Emilio, was back to say that we had permission. Phew! James and the crew got set up and we ordered drinks – by this time I was ready for a beer so ordered one, not expecting to be the only one and forgetting that it would be on camera but why not act like the stereotypical Brit I thought!

Frances and David had agreed to be interviewed with me, and James asked questions of all three of us, moving the microphone on the table as we went along. Very soon we forgot that we were being interviewed and it was more like a chat. Frances and David were very articulate and did a great job explaining the situation of UKinEU and describing how Brexit would affect us as well as giving their views on election issues. The clip was shown on News at Ten on Wednesday night and is now available on our Website here.

So it just goes to prove that no matter what we plan in advance, things can go wrong! As always, Bremainers will persevere to ensure that our voices are heard. Many thanks to Frances and David in particular but also to those who came along for moral support.’