Bremain in Spain protestors to march in Manchester to ‘Stop Brexit’ 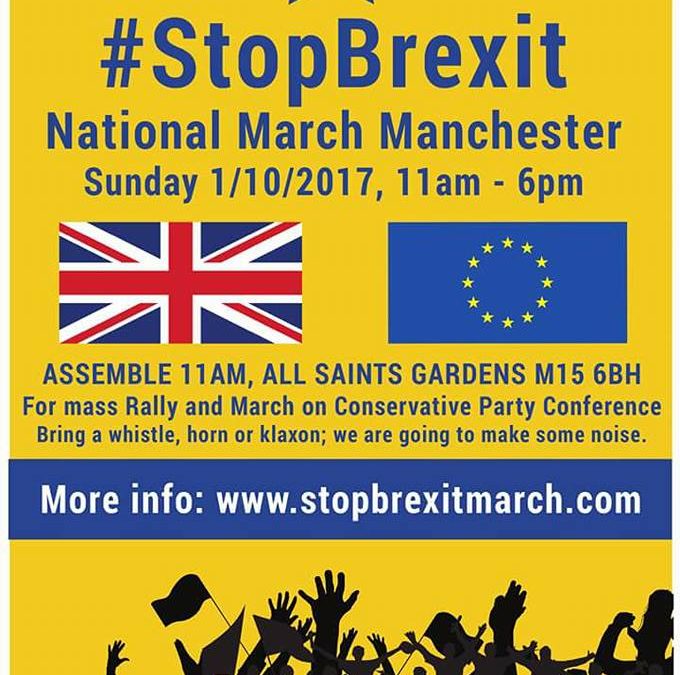 A GROUP campaigning for the rights of British citizens in Spain, will be making its presence felt at the Stop Brexit march in Manchester today (1 October).

Chair of the organisation, Sue Wilson, will be speaking at the event alongside ten other anti-Brexit speakers including Alastair Campbell, AC Grayling, Bonnie Greer and Alison McGovern..

Bremain in Spain is concerned that Theresa May made scant mention of the rights of British citizens in the EU27 and EU citizens in the UK during her Florence speech, giving very little reassurance to those who have been living in limbo ever since the referendum.

Sue Wilson says: “We hold the Tories responsible for the mess that is Brexit. Our voices must be heard – we have been invisible for too long.

“Members of Bremain in Spain will be marching at this event to demonstrate that our anger, fear and despair at Brexit has not dissipated and we’re not giving up.