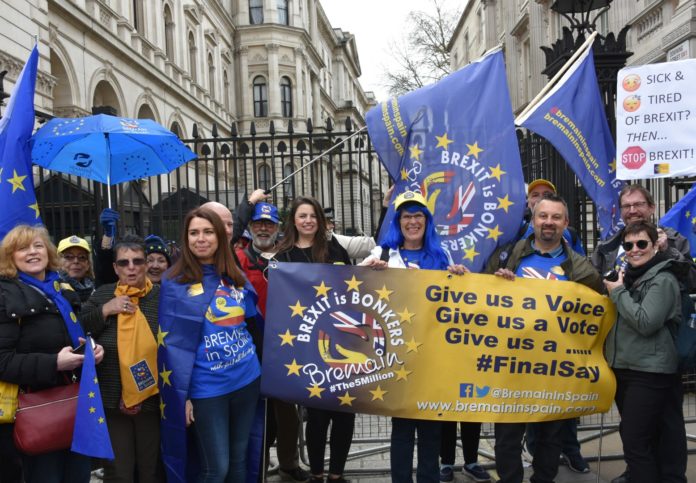 AROUND 100 members of campaign group Bremain in Spain marched through central London as part of the ‘Put it to the People’ march which attracted nearly a million people from around the UK and Europe.

They were calling for another EU referendum, as MPs search for a way out of the Brexit impasse.
Protesters carrying EU flags and placards called for any Brexit deal to be put to another public vote.