Participate in one of pro Remain campaigns, supported by Bremain in Spain.

No 10 Vigil, No Brexit on our watch

Mondays, Wednesdays, Fridays 6pm to 9pm “Everyday there isn’t a protest another remainer resigns them – self to Brexit”……for as long as necessary we will be the flea in May’s ear, the thorn in her side, the shout on her doorstep! If you can’t join us, send a friend…and tell everyone you know about us by every means you can think of!” Richmond Terrace, (Opposite Downing Street), London SW1A #No10Vigil

Join the roadmap to a People’s Vote.

There’s four months to save Britain. Take the first step on the road. Join me on Best for Britain’s roadmap to a people’s vote on Brexit. This is very easy to do and will add more voices to the fight to #StopBrexit

Just one letter to send to your own MP.

Email your MP and let’s put an end to hard Brexit, once and for all.

Here is yet another easy campaign. This one involves writing to your own MP (feel free to include others though, the more the merrier). The letter is there and if you wish you can adjust it to suit.

Happy writing!! We are winning!! #StopBrexit

Ask MPs to back amendment 19a

Here is another very easy to do campaign from the Lib Dems. The letter is written for you and the e-mail addresses are provided also, Important to do this before June 12th. (Amendment Day).

Here is another very easy campaign for you to complete. This one is from our friends at Best for Britain. Just needs an English postcode so if you haven’t got one use a friend or a family member. Please take the time to do this, every letter we send helps us to #StopBrexit

Email your MP and let’s put an end to hard Brexit, once and for all.

Here is a very simple campaign to do.  It is from Open Britain and is a follow on from the Lords amendment on the single market.  It is a letter to MP’s asking them to vote for the amendment as well.  All you need is your UK postcode.  If you no longer have one ask a friend or relative if you can use theirs. #StopBrexit

As more revelations come to light, and the public demand for a say on the future of the country and its relationship with the EU grows, it’s time to demand your MP speaks up for those best of British values of fair play and a fair vote.

This is a really easy campaign to take part in. Just a few clicks and it done. From our friends at Best for Britain

This is where you can register for the People’s Vote March on 23rd June 2018. Please go if you can and make it huge. #StopBrexit

After the Windrush row, the Immigration Data Exemption must go

Here is a mini campaign that it very easy. It is from the Open Rights Group and relates to EU citizens living in the UK. The government seems hell bent on destroying many people’s lives. People who have lived and made the UK their home and have added much to our culture,
You will need a UK postcode for this. If you haven’t got one perhaps a kind friend or a relative could lend you theirs.
See More

Tell the Lords to stop the power grab

I just signed this open letter from Unlock Democracy and thought you might want to join me. The government are trying to grab huge new powers to change laws without a proper vote in Parliament. An MP from their own party has even called the bill an “astonishing monstrosity”.

Join me here if you think MPs should be the ones deciding on big changes, not a handful of ministers

What do you feel about the possibility of losing your free movement rights after Brexit?

The link below will take you to a very short on-line survey which has been prepared to help our coalition, British in Europe, strengthen its arguments for protecting your rights to Freedom of Movement after Brexit.
See More

The future of Brexit is increasingly uncertain.

The promises the Government made – that there would be “no downside to Brexit, only a considerable upside” and that a deal would be the “easiest in history” – look like falling short. And new facts about Brexit are emerging every day: only today it became clear that to leave will involve us settling a staggering €50,000,000,000 liability.  The message now is “damage control.”

The Good Law Project was today given permission by two senior judges to challenge the Electoral Commission’s regulation of EU Referendum and election spending [1].

The case centres on substantial last-minute ‘donations’ by Vote Leave in the last days before the Referendum vote. £625,000 was spent with Aggregate IQ, allegedly by a Brighton fashion student, Darren Grimes. Aggregate IQ was a then-obscure Canadian firm based above an opticians’ shop in Victoria, British Columbia but has since been linked to Cambridge Analytica [2].

This campaign is also being supported by the Best for Britain group.

Brexit is turning an NHS staffing shortage into a crisis.
46 MPs from 5 parties have worked together to secure a Parliamentary debate on the impact of Brexit on the NHS. Now MPs from all sides need to turn up and speak in that debate.

“This is another very easy thing to. It is about Brexit and the NHS and involves e-mailing your MP. The letter is written for you and More United give you the link to your MP”

Join More United’s campaign to get MPs to debate the impact of Brexit on NHS staffing.  Write to your MP now.

Brexit is turning an NHS staffing shortage into a crisis.  You can use our model letter, but feel free to include your own personal experiences or concerns.
See More 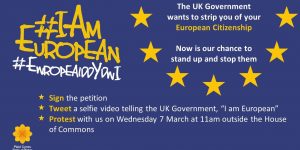 nched a campaign to stop the UK government stripping away European citizenship from UK citizens. Here’s how you can help!

An Open Letter to the Prime Minister

Here is a mini campaign which involves sending one letter to Theresa May . It is from Open Britain and the letter is written for you. After her disastrous speech it would be beneficial to let her know we are not happy and that we are not going to suddenly disappear. #StopBrexit
See More

We want to amend the Taxation bill.  So the Conservatives can’t drag us out of the Customs Union. 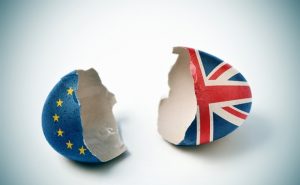 During the Referendum, Leave campaigners took great pains to assure everyone that Britain wouldn’t leave the single market or the Customs Union after Brexit.

Now – and in spite of leaked Government reports detailing how destructive leaving the Single Market & Customs Union will be, they’re pushing ahead with doing exactly that.

It’s reckless, it’s bad for our country and it’s not what was on the ballot paper.