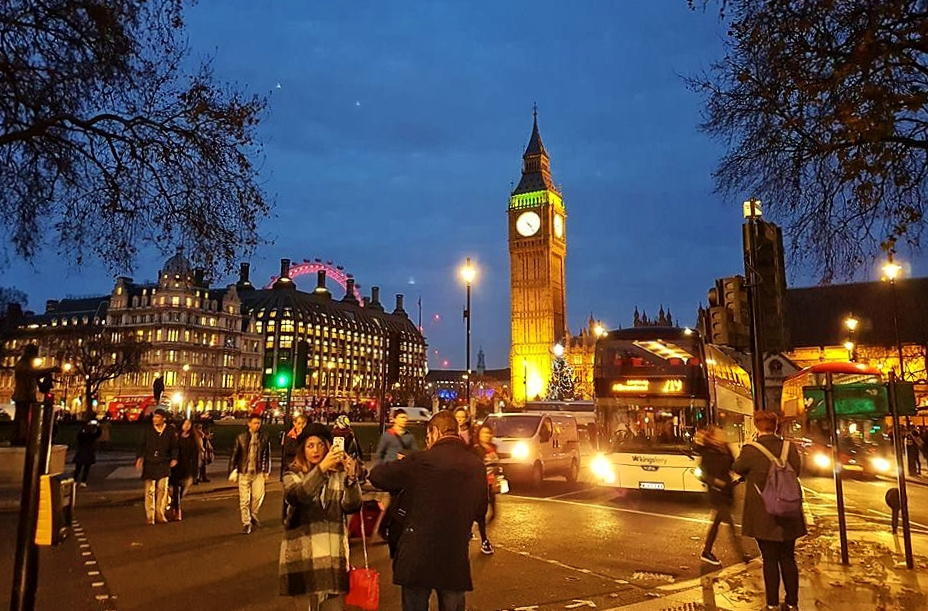 Sue Wilson, Chair of Bremain in Spain, attends the Supreme Court in London to witness history in the making.

On Monday 5th December, like many other Remainers, I spent most of the day glued to the TV following the Supreme Court case live. I had been offered the chance, just a few days earlier, of attending the appeal, by Wynne Davies of Fair Deal for Expats. Wynne is a fellow campaigner and a retired lawyer, living in France, but who also had an active role in the case as the “1st Intervener”, fighting for the rights of British citizens living in the European Union. I had initially turned down Wynne’s kind offer as my husband was away on business, and it is always difficult for us both to be out of the country at the same time, as we have 6 cats!

I had spent the entire weekend wondering if I’d made the right decision, and if it would still be possible for me to go after all. Eventually I made contact with Wynne in London to see if there was still the possibility, and after much negotiating with the court, I was told yes, I could attend on Wednesday and possibly Thursday, but I must be there by 8.30 am sharp. By this time it was 7.30 pm on Monday evening and the only possible flight was at 11.10am the next morning, so I spent the next few hours tearing around booking flights, car hire, coach tickets, arranging cat sitters and packing. For the second time in as many days, I was wondering if I was doing the right thing. 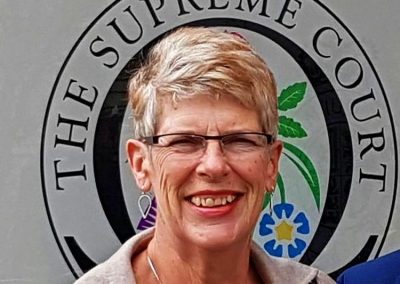 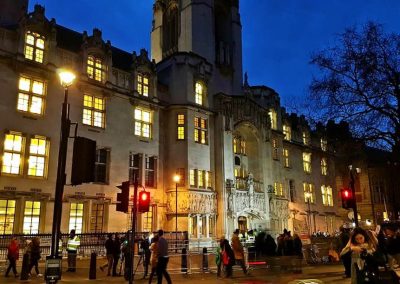 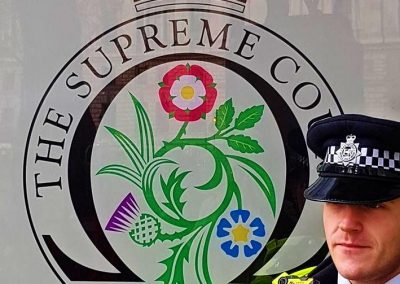 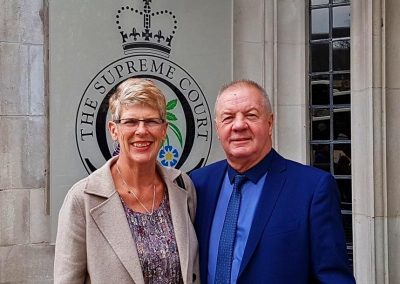 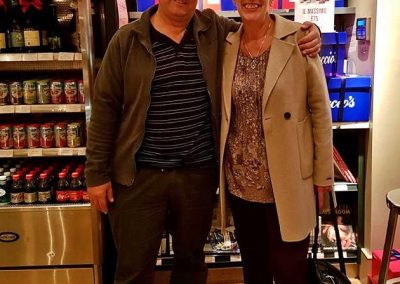 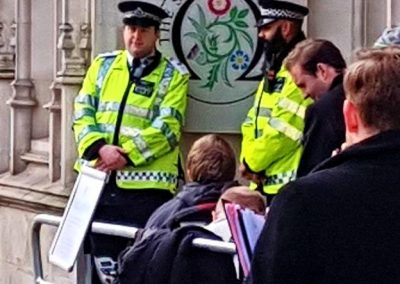 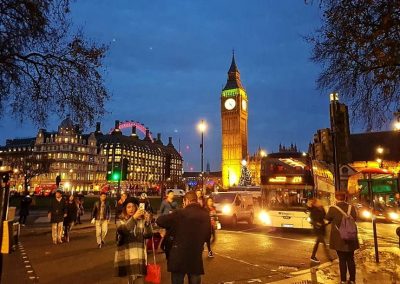 I arrived the next day at Stansted airport and headed for my mum’s in Oxford. I got up at 5.30am on the Wednesday morning to catch a very early coach which was supposed to get me to Marble Arch by 7.35 am. Despite being an express, however, panic was starting to set in when we finally arrived in London at 8.15am. I immediately hailed a cab and we arrived at Trafalgar Square with around 7 minutes to spare and I knew that Parliament Square was very close by. When my cab driver started going in the wrong direction, I assumed there was some one-way system that I didn’t know about, but when it became clear we were getting further and further away, I checked that the driver knew where he was going. Apparently not! Seems I chose the only cabbie in London that didn’t know that the Supreme Court was opposite the Houses of Parliament. He waived the fare, but made me late. My name was on the door, but I still had to join the public queue and hope for the best. The courthouse is fairly small, with only 95 seats, but only 25 of those are available to the public, so when I was given ticket number 29, I was more than a little worried. Thankfully, my begging and pleading paid off though, and I was the last one allowed in that day, but had to swear that I would not be late on Thursday. I had not even known if Thursday would be an option, but had brought an overnight bag on the off chance, so this was good news indeed.

The case itself was fascinating, with occasional boring bits. I wouldn’t profess to understand all the legal arguments but it wasn’t difficult to interpret the mood. There were times when I felt that the judges were playing devil’s advocates, but it soon became apparent that the lawyers on our side were better equipped with their arguments than the government representatives. During breaks I had access to one of the private viewing rooms, where I was able to get up close and personal with the Expat Group of Interveners & their lawyers but also the People’s Challenge Group, including Graham Pigney and Paul Cartwright, both of whom I knew well from Facebook but had never met. I was particularly impressed by Helen Mountfield QC, the lawyer for the People’s Challenge, as I believe, were the judges. Getting the lawyers’ perspectives on the proceedings was very reassuring, as they were able to explain the ins and outs of the various debates. It was also my very great pleasure to meet Raymond McCord, the Victims Rights Campaigner, who had started the very first legal challenge against Brexit in Belfast.

During the course of the day, our new Website received a message from Lisa O’Connell from the Guardian requesting an interview, which we set up for Thursday evening after the trial was over. I then spent a few hours frantically trying to find a hotel for the Wednesday evening that was in my price range and yet still within striking distance of the centre of London, not an easy task. I had the pleasure of meeting Peter French https://www.facebook.com/uniteforeurope/ & Harry Grayson http://www.britainforeurope.org/ for drinks in a local pub appropriately named ‘The Westminster’, then spent a hour amid the Christmas rush in Oxford Street with Paul Cartwright https://www.facebook.com/groups/brexin/ while we tried to find his wife amongst the crowds of shoppers.

Having spent the night in Stepney, and worried about being late, I managed to get to the court at 7.30 am for the final days proceedings. Just as well, as I was number 19 this time. Another fascinating day which resulted with all concerned feeling very positive about the outcome of the appeal. As soon as the proceedings were over, I met with the journalist from the Guardian, and we spent 90 minutes chatting about the plight of EU citizens in the UK and in the EU. She was very sympathetic to our situation, very interested in our testimonials on the website and keen to hear our stories. I passed on contact details so that she could interview other Bremain in Spain members over the phone, plus she was intending to make contact with other Brits in other European countries. The article is expected to be published very soon.

I’m so glad that I made the decision to go, and that I was lucky enough to have that opportunity. To witness history in the making as I did, was a once in a lifetime experience, and one that I will never forget. Let’s just keep everything crossed that the result of the case is just as appealing!