Eligible voters urged to register despite ‘votes for life’ setback 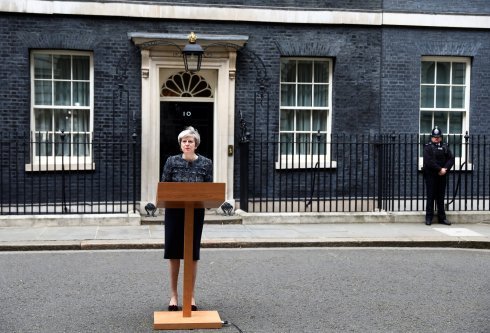 Britons living abroad and Europeans living in the UK are suffering prolonged uncertainty while the snap election focuses on negotiations.

With just a month to go before the UK’s snap election on 8 June, Britons on the Costa del Sol who are still eligible to vote are being reminded to register to do so before 22 May.

The organisation Bremain in Spain has put together a fact sheet with links on its website (www.bremaininspain.com).

The group is one of many representing Britons living in EU countries that have complained at the current Conservative government’s failure to bring in the ‘votes for life’ bill, which previous prime minister, David Cameron, made as an election promise in 2015.

Under current UK law, any Briton who has lived outside of the country for over 15 years is unable to vote in general elections or a referendum, an issue which led to thousands of disaffected Britons not being able to vote in last June’s in-out ballot.

No time for votes for life

Bremain in Spain said this week, “The prime minister has called a general election on a date that disables people who have lived overseas for over 15 years from voting, despite the Tories’ 2015 manifesto promises to provide ‘votes for life’ in subsequent elections.” The organisation added that June 8 “does not allow enough time to enable votes for life through an Act of Parliament”.

In the Queen’s speech to Parliament on 27 May 2015, reference was made to the Votes for Life Bill, in which the Queen said the bill would “scrap the current 15-year time limit on the voting rights of British citizens living overseas for UK parliamentary and European parliamentary elections, including provisions relating to the registration of overseas electors”.

However, with a change of prime minister and Brexit top of the agenda since this manifesto, the bill has not been passed, once again leaving thousands without a voice in what some say is the most important general election for Britons living abroad in many years.

Bremain in Spain member Margaret King told the group, “All British citizens, including those who live outside the UK, were promised votes for life before the next general election. We now have a general election looming and still no votes for us. This election will culminate in the decision to leave the EU, or not, and will affect those of us living in the EU as much as anybody living in the UK. I want my vote that was promised.”

Brexit remains at the core of June’s general election, with politicians from all parties using it in their campaigns. In a speech given outside 10 Downing Street on Wednesday, prime minister Theresa May accused European officials of “hardening” their stance on a Brexit deal and spoke of “threats” by European politicians, which she believes have been timed to “influence the polls.”

Using words which chimed with those used by David Cameron before the 2016 referendum, she addressed voters saying, “The choice you now face is all about the future,” referring to the winning party’s responsibility to get the best deal out of Brexit for “this United Kingdom”.

May also claimed in her speech, “Britain’s negotiating position in Europe has been misrepresented in the continental press.”

Opposition leaders immediately hit back, with Nicola Sturgeon of the Scottish National Party saying, “She is, it appears, almost wilfully sabotaging the prospects of getting the best possible deal.”

Groups representing EU nationals living in the UK and Britons living in other European countries have shown their concerns after Wednesday’s speech, suggesting that this stance could potentially lead to more difficult negotiations over guaranteeing rights of EU citizens post Brexit.